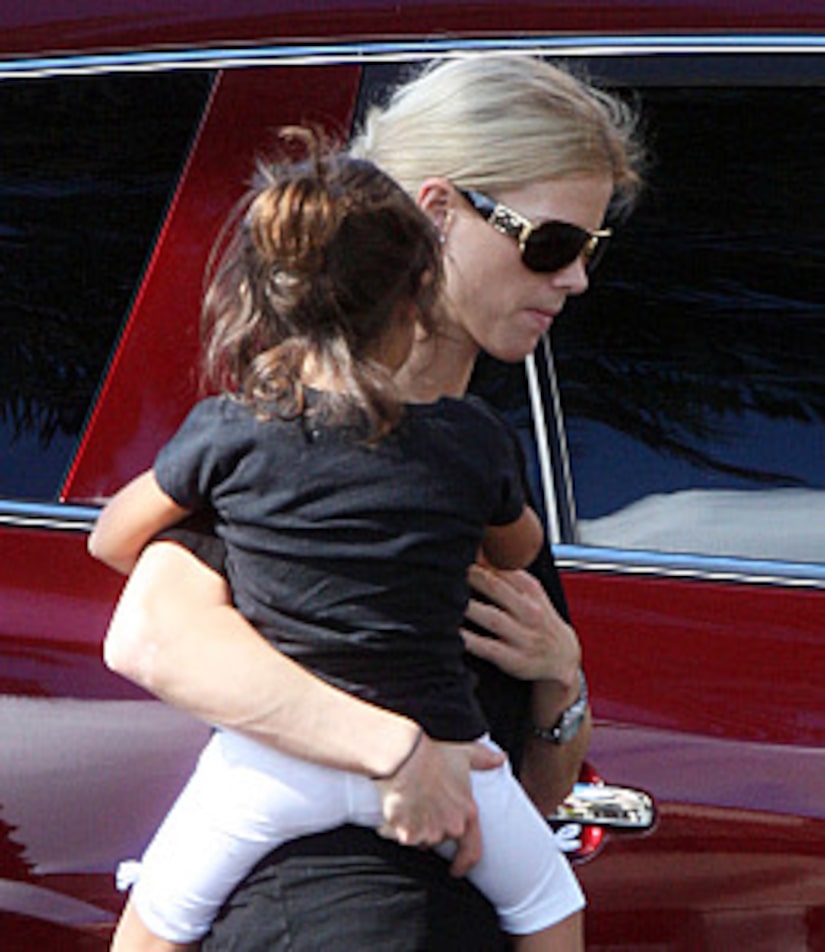 Tiger Woods' wife is still not wearing her wedding ring.

Elin Nordegren was spotted with her left ring-finger empty while running errands in Florida Tuesday.

Who is Elin Nordegren?

It's her second public appearance this week sans her bling. Over the weekend, she pumped gas without her large diamond rings as well.

Woods has been staying out-of-state with a pal because his wife is refusing to speak to him, the New York Post reported Tuesday.

"He's only just coping -- he's on the edge," the friend told the newspaper. "He sees everything coming crashing around him. His career, his family."