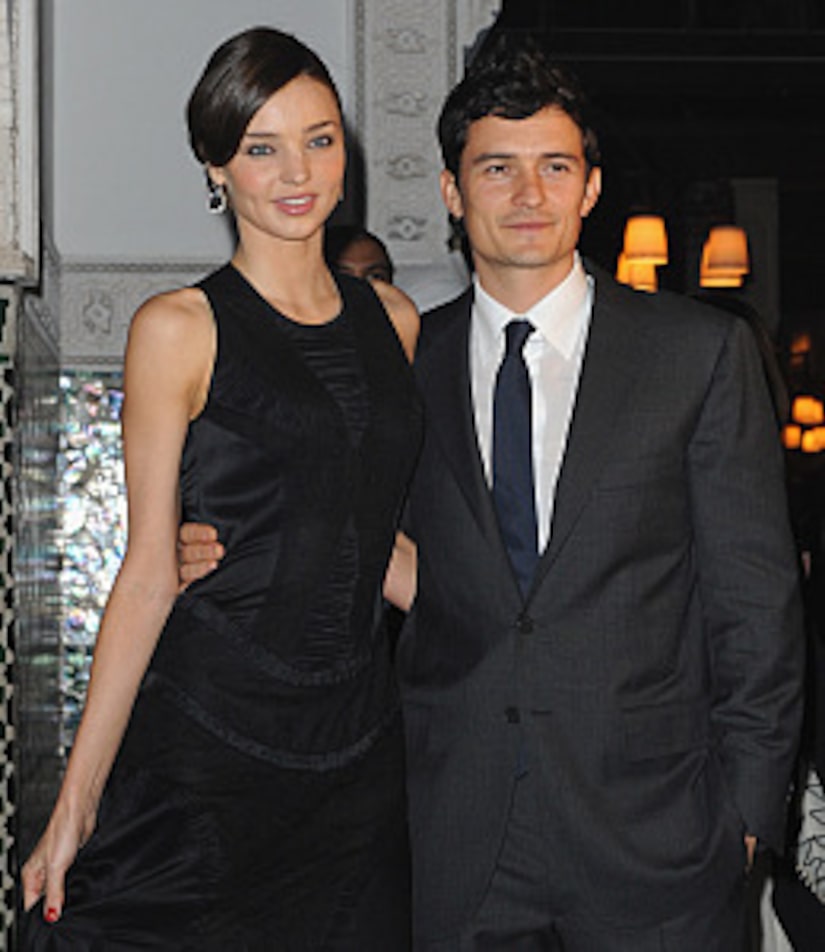 So much for those wedding rumors.

Orlando Bloom and Miranda Kerr aren't engaged, despite a weekend tabloid report that quoted his brother saying, "He's finally done it. Orlando has proposed. They're getting married."

A rep for the Victoria's Secret model tells JustJared.com, "I can confirm with absolute certainty Matt did not say anything of the sort and was upset to see the article."

Adds a rep for the "Pirates of the Caribbean" star, "There is no truth to any rumors of engagement."

The couple began dating in October 2007.