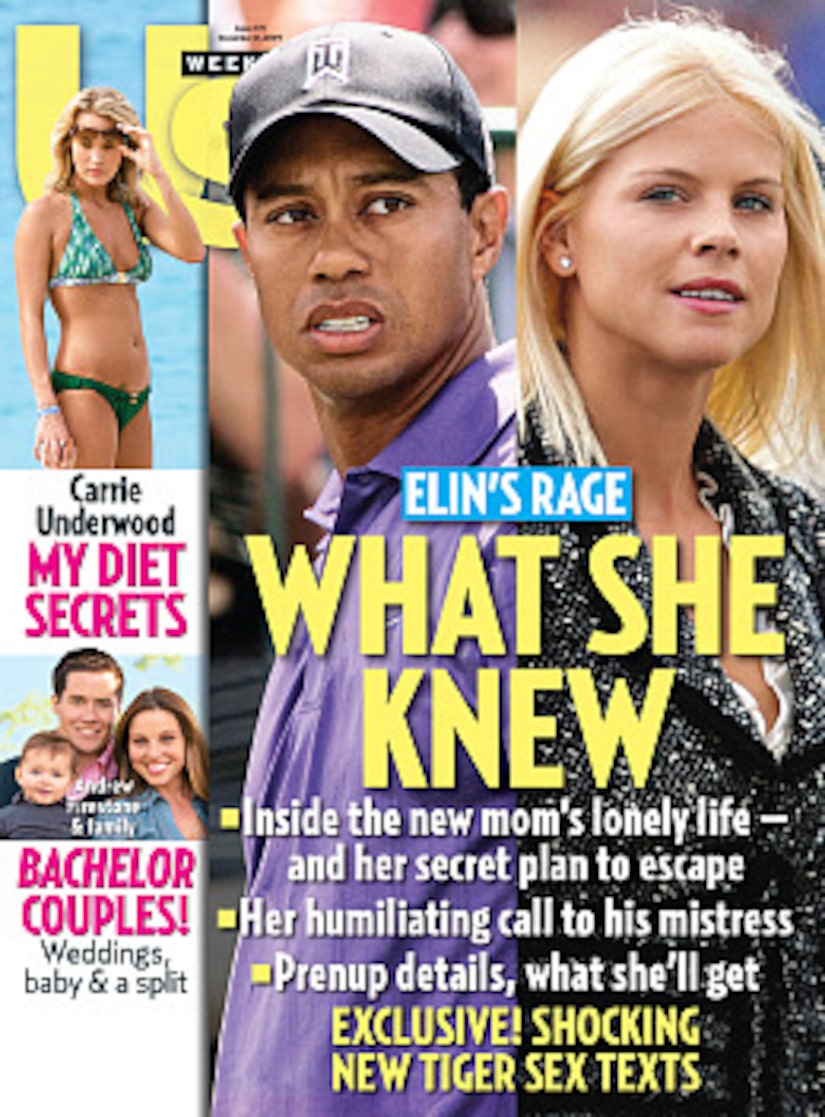 Tiger Woods let his fingers do the talking in his affair with Jaimee Grubbs.

The golfer sent his 24-year-old mistress a series of steamy texts, according to the new issue of Us Weekly.

"Hey sexy, I can't come out this week. Something came up family-wise," he wrote Grubbs earlier this summer, promising to meet up soon.

See photos of the 11 women Tiger Woods is linked to

In September, he wrote, "I need u." Grubbs responded, "then get your tight a** over here and visit me. I need u!"

Woods' response? "I will wear you out soon." Grubbs then explains her new piercing -- a diamond implanted under her eye -- and Woods' asks if she has a boyfriend.

His follow-up? "when was the last time you got laid?"

Woods also explained why he thought Grubbs had fallen for him: "Because I'm blasian," he wrote, referring to his Asian mother and African American father.

Their last text was on Thanksgiving -- less than 24 hours before he crashed his SUV outside his Florida mansion after apparently fighting with his wife about another alleged mistress, Rachel Uchitel.

On Wednesday, Grubbs apologized to Nordegren for carrying on a nearly three-year affair.

"I couldn't describe how remorseful that I am to have hurt her family and her emotionally," Grubbs told "Extra."

She continued, "If it wasn't me, it was going to be other girls. I did care about him -- I didn't do it for superficial reasons. I didn't do it to purposely hurt her."

For more of "Extra's" interview with Grubbs, tune in tonight!