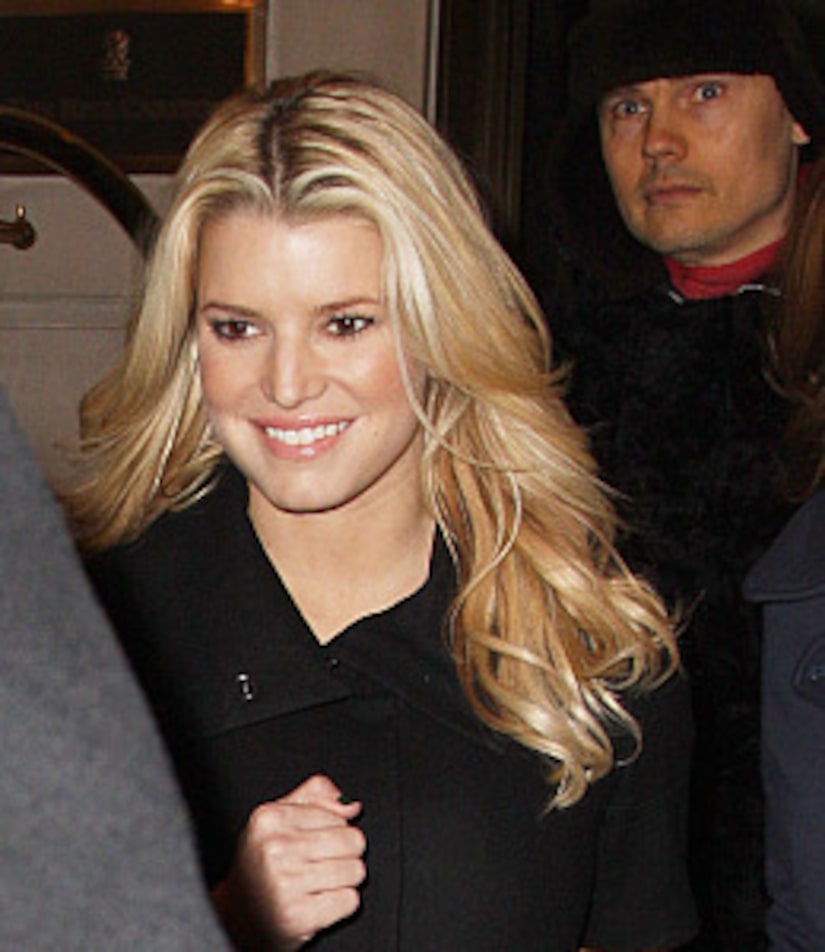 In new photos, the singer, 29, is spotted leaving her hotel en route to see little sis Ashlee Simpson-Wentz in Broadway's Chicago. The Smashing Pumpkins singer, 42, is in the background.

See how Jessica's looks have changed over the years

A source close to Simpson, who split from Tony Romo in July, tells E! News, "She has fallen hard and is smitten" with the rocker. The source says the two are "officially dating."

But pals of the pair don't approve.

"He's just another in an endless string of Jessica's boyfriends," the insider tells E! "They think he's too old for her. No one takes any of her boyfriends seriously anymore because she has had so many. They're sick of all of them being 'the one.'"

A rep for Simpson did not deny the report to People.com, saying she does not comment on her client's personal life.

Simpson posted about Corgan on Twitter this past September.

"My friend, Billy Corgan, has a pure and enlightening outlook on faith. Go to his new website!" she wrote.