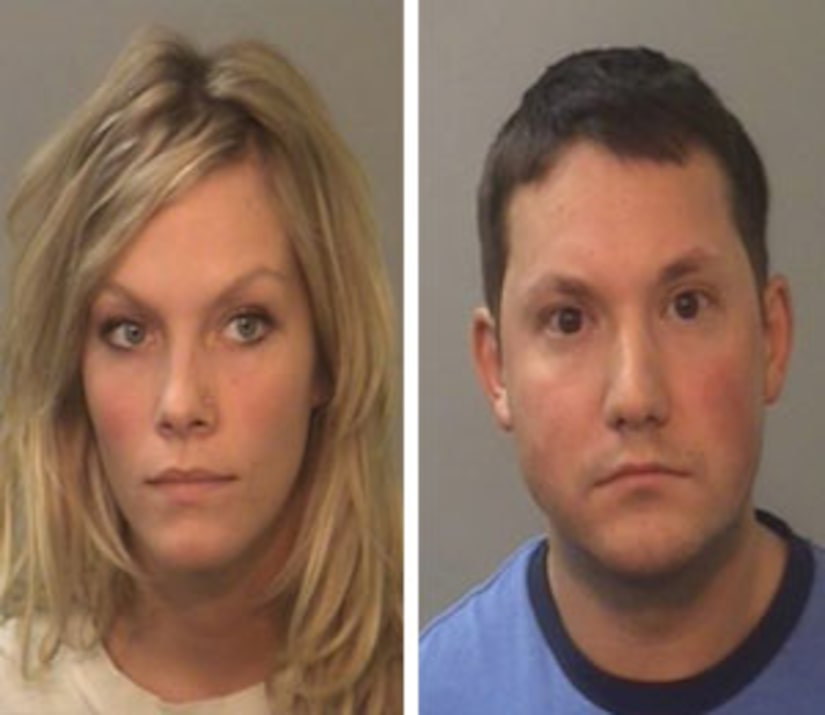 The FBI has released mugshots of the two people accused of attempting to extort nearly $700,000 from actor John Stamos.

According to FBI documents obtained by The Smoking Gun, Allison Coss, 23, and Scott Sippola, 30, were arrested last week after the FBI got wind of a plot to extort money from an unidentified actor titled "Mr. X."

Today, a rep for Stamos, 45, confirmed that he was the victim in the plot.

"John Stamos was the target of an extortion attempt," Stamos' rep tells "Extra" in a statement. "The U.S. Attorney and the FBI handled the investigation swiftly and with great expertise. Since this is a pending federal criminal prosecution, John is not at liberty to discuss the matter at this time. The photos in question are photos of John posing with fans. At the conclusion of the investigation and hearing, the photos will be available and the public will be able to see that the photos are simply John posing with fans."