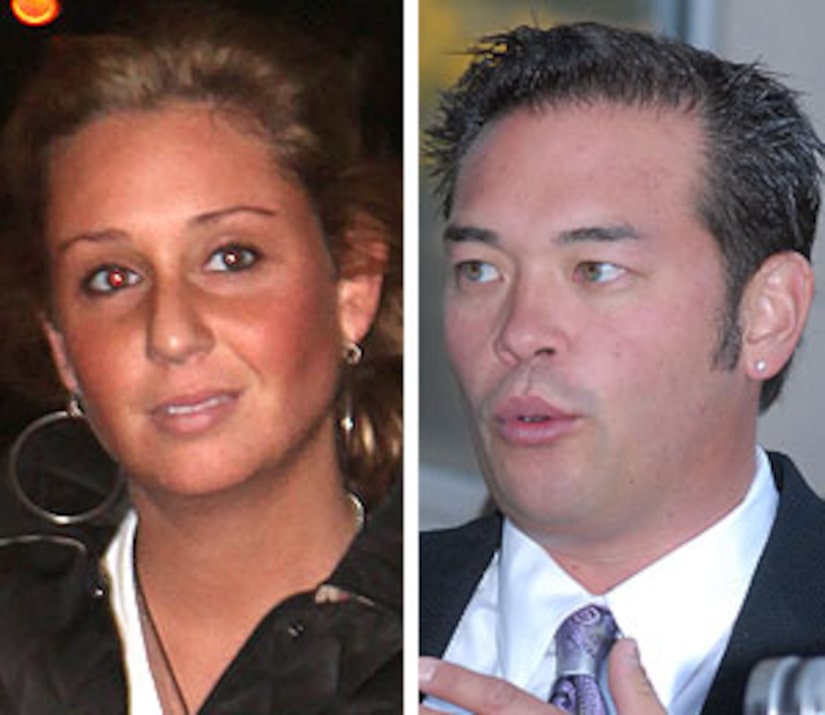 See some of Jon's nastiest battles with his ex-wife Kate

Gosselin, 32, denied Major's claims that they'd slept together back in the summer. Major, who was a reporter for Star magazine when she met Gosselin, told reporters she quit her job to be with him.

Glassman found out about her ex's indiscretions during a deposition with lawyers from TLC, which is suing Gosselin for breach of contract.

"I was told under oath that Jon really did sleep with Kate Major," Glassman says. "I'm mind boggled and hurt by it. And he still lies to me about it and denies it to this day."

Check out little-known facts about Hailey

Glassman claims that Gosselin and Major told her that they were going to "pretend" to be a couple to "take the heat" off of Hailey -- but ultimately they betrayed her.

Glassman also states that "anyone with a brain" could see Gosselin is guilty breaching his contract with TLC.

"He did stuff outside his contract," she explains. "He couldn't do anything without TLC's approval, we all know that. But he didn't discuss business deals with me."