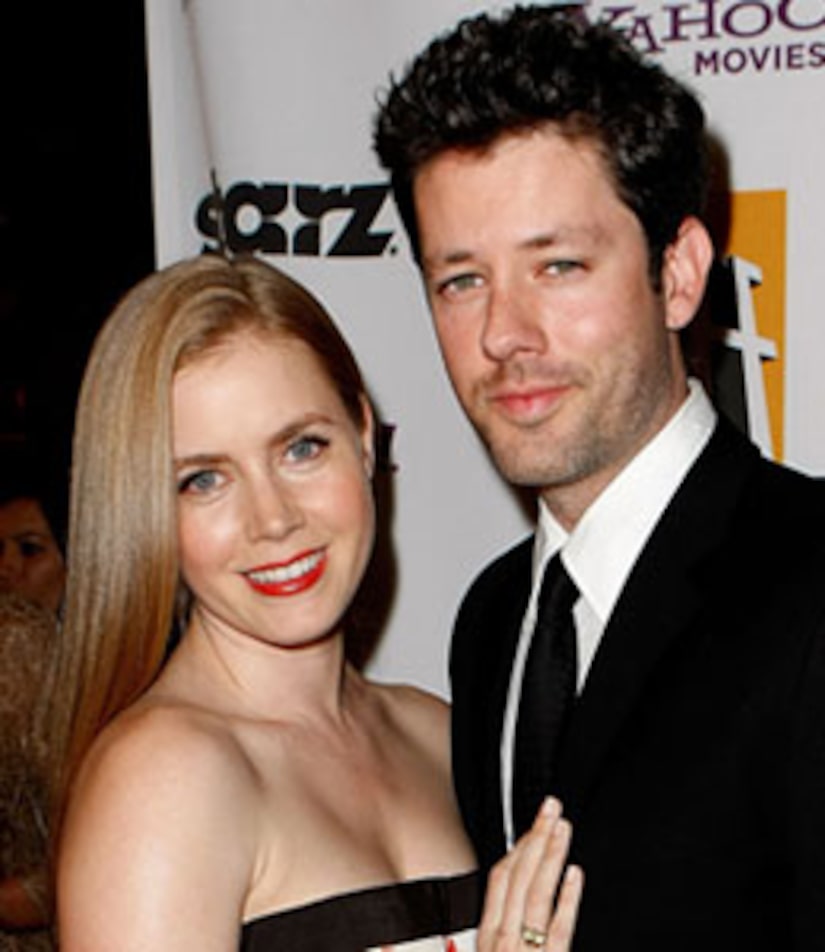 This will be the first child for Adams and fiancé Darren Le Gallo.

Adams was nominated for her first Academy Award for her role as a weight-obsessed pregnant woman in 2005's "Junebug."

Supermodel Gisele Bundchen is expecting her first child with hubby Tom Brady. Their little bundle of joy is due in early 2010, and is rumored to be a girl.

Kourtney's first baby with beau Scott Disick came as a surprise to the couple, who is thrilled to welcome their son in December.

Actress Jenna Elfman and her husband Bodhi Elfman recently announced they were expecting baby number two. The couple is parents to Elias, 2.

This Victoria's Secret Angel and her NBA husband Marko Jaric announced their baby news in May 2009.

There's no baby bump yet — “Real Housewife” Bethenny Frankel is expecting a little one with fiance Jason Hoppy.

This delicious chef has a bun in the oven, but the “Top Chef” hostess has remained mum on the identity of the baby's father.

The Playmate is due on Christmas Day — and she and NFL husband Hank Baskett are having a boy!

Christina and rapper hubby The-Dream are expecting their first baby — and while they know the sex, they're keeping it a secret!

While Rebecca and “Grey's Anatomy” husband Eric Dane have yet to confirm they're expecting, Gayheart has been showing off her growing baby bump.

The actress “”https://extratv.warnerbros.com/2009/09/leelee_sobieski_jenna_elfman_baby.php">is thrilled" to welcome her first baby with fiancé Adam Kimmel.