Lou Sulola Samuel is ready for her close-up. 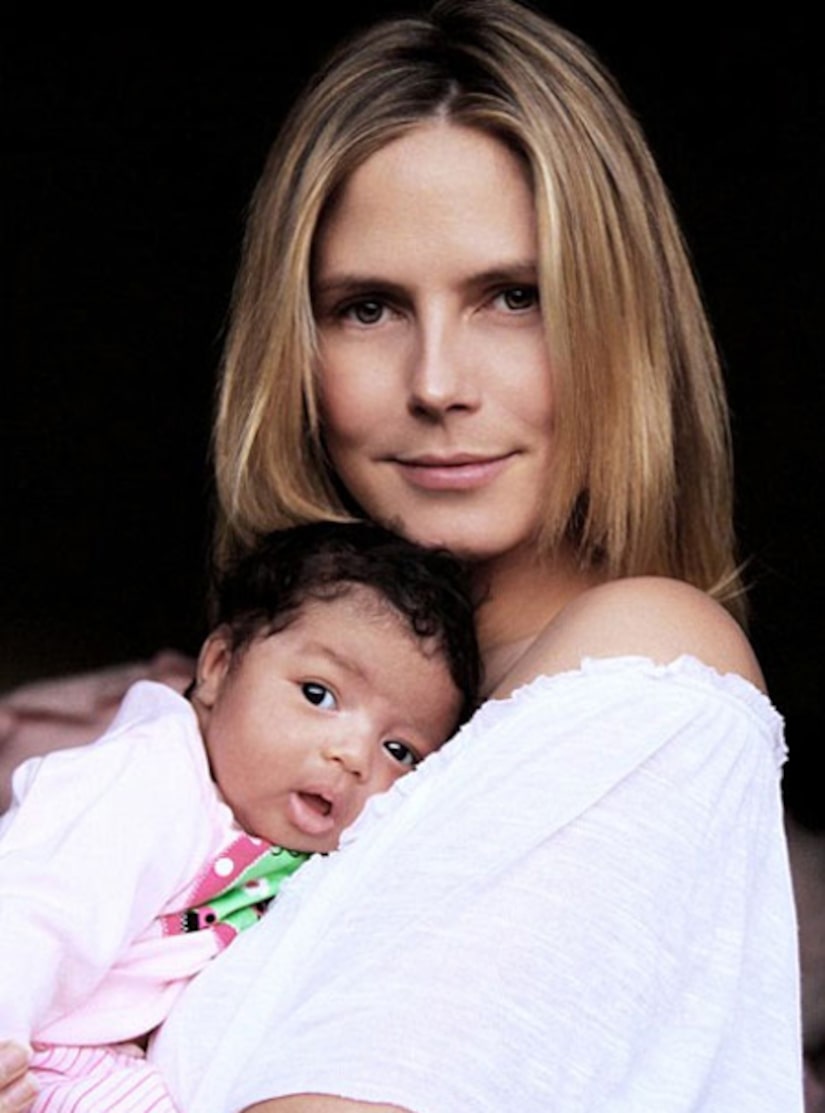 Lou, six weeks, is the first biological daughter for Heidi Klum and Seal. Big sister Leni is Heidi's daughter from a previous relationship. Klum, 36, gave birth to Lou on October 9.

See Heidi and other women who have sexy post-baby bodies

Seal, 46, posted photos of his little girl on his website at www.Seal.com. In the family portraits, baby Lou is shown with her mother, her father, and in one shot she's surrounded by her three older siblings -- Leni, 5, Henry, 4 and Johan, 3.

Check out how Heidi Klum has changed over the years

Heidi showed off her amazing post-baby body at the Victoria's Secret Fashion Show, filmed on November 19.