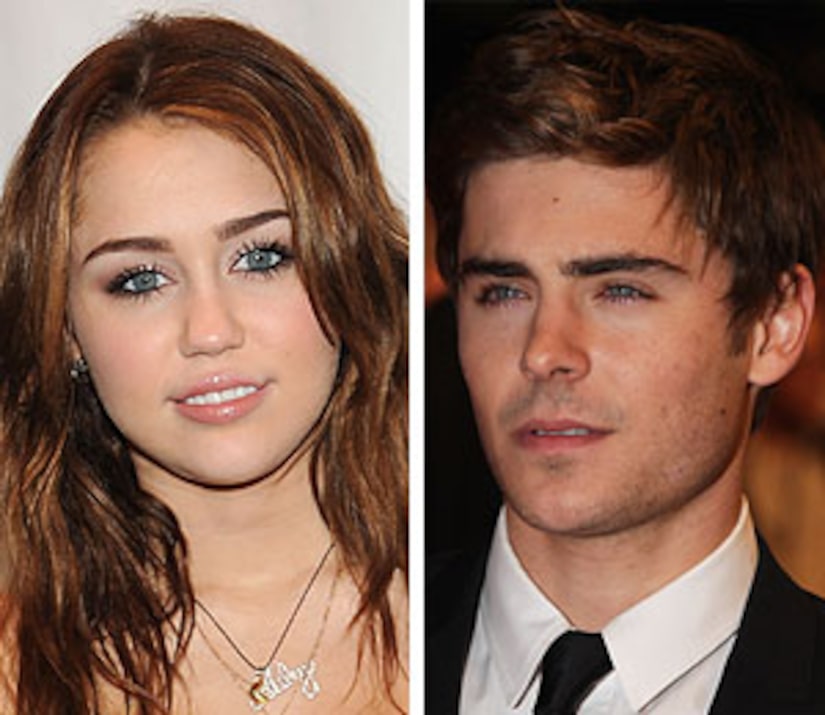 Cyrus, 17, admitted that she "really, really liked" Zac Efron, 22, on Sirius XM's The Morning Mash Up! as reported by Us Weekly.

"I think Zac Efron is the hottest person in the world. I really, really like him," the Disney star gushed.

But Miley doesn't have her sights set on stealing Zac from his girlfriend, Vanessa Hudgens -- his loyalty to his "High School" sweetheart is what makes him so appealing.

"Zac could get any girl...and do whatever, and he is so loyal and a really good friend...He's just like super good looking," Miley dishes.

Cyrus also proves she doesn't kiss and tell -- when asked about rumors she dated her "The Last Song" co-star Liam Hemsworth, the actress said, "I can neither confirm nor deny."