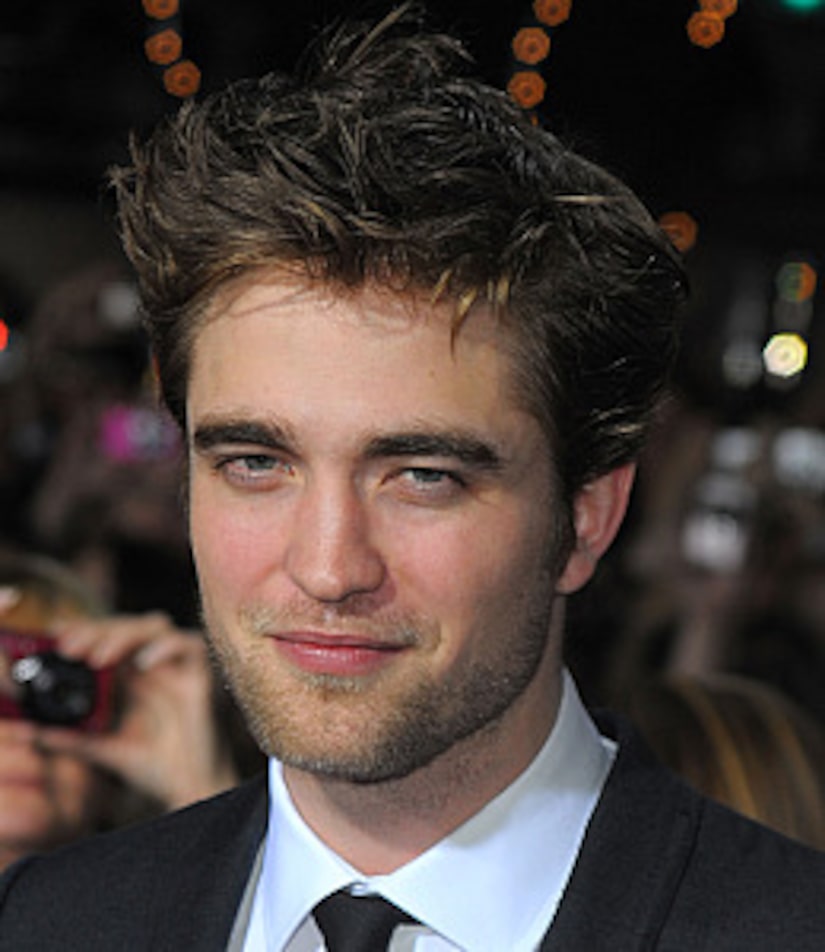 Robert Pattinson says it was awkward stripping down in his newest flick, "New Moon."

"I felt pretty goofy stepping out into the sunlight in front of 2,000 people in a town square, ripping my clothes off," the 23-year-old tells Parade.com. "I was essentially doing a striptease."

The scene was a bonding moment with his fans, though.

"But here's the irony: it was also one of the moments where I've really felt closest to people's emotional attachment to Edward," Pattinson says. "There were so many extras in that scene who were Twilight fans who had flown in just to be a part of it."

"It was a moment where I've felt the whole weight of anticipation, and I guess responsibility as well, of being Edward, for all the people who were kind of so obsessed with the stories," he goes on. "It was quite uplifting and it was also very nerve-wracking."

Pattinson says he has a lot in common with his character.

"I guess stubbornness in some ways about some things. Edward is pretty self-righteous, and I guess I am too," he says. "I get quite obsessive about things and possessive as well. I have very specific ideas about how I want to do my work and how I want to be perceived, to the point of ridiculousness sometimes."

He goes on, "I don't listen to anyone else. That's why I don't have a publicist. I can't stand it if someone is trying to tell me to do something, even if it's probably a mistake sometimes. I'm like a control freak about it. I've never really struggled with anything until recently. I've got to stop being so self-depreciating because people are starting to believe it. Like, 'That guy is an idiot.'"

He also has a new perspective on love, thanks to Edward's unrequited love with Kristen Stewart's Bella.

"Getting involved in Twilight has definitely changed my mind about how people are kind of fanatical about wanting to have the perfect relationship," he says. "I had no idea that people were so desperate and felt like it was so unobtainable. They want to put this idea of unconditional devotion just so high above everything else, which is why they can't get enough of this story."