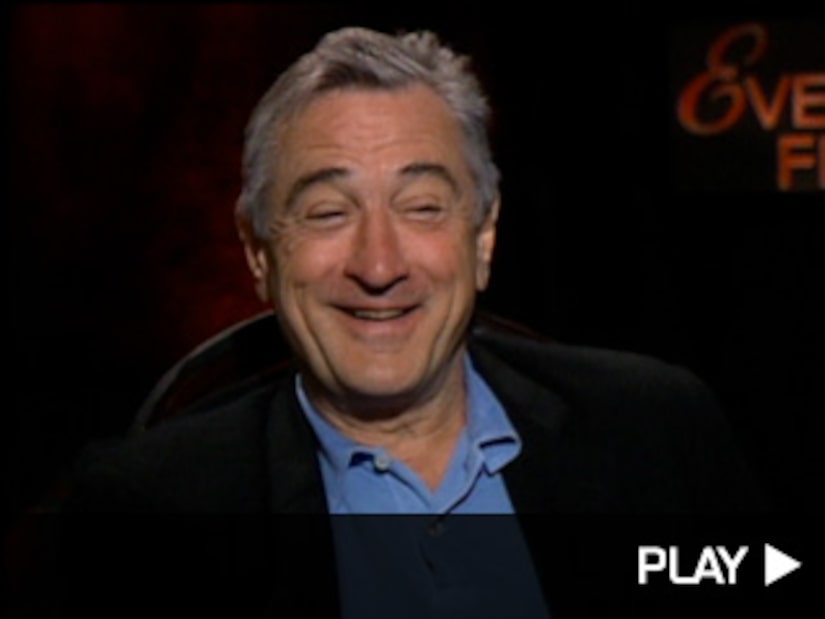 "It depends on the project [who would be] at the top of my list... wonderful actresses," De Niro says. He and Jolie co-starred in the 2006 period drama "The Good Shepherd."

"We had some good conversations, and he's a smart guy," De Niro says. "He was very smart about what he was telling me."

(De Niro says he may even try rapping. "You never know," he tells "Extra.")

De Niro also jokes about Matt Damon's weight gain for the comedy "The Informant." He says Damon didn't reach out for advice on packing on the pounds -- even though he famously put on 60 pounds for "Raging Bull."

Adds Kirk Jones, the director of De Niro's newest flick, "Everybody's Fine" (out Dec. 4), "Getting it off is the hard part!"