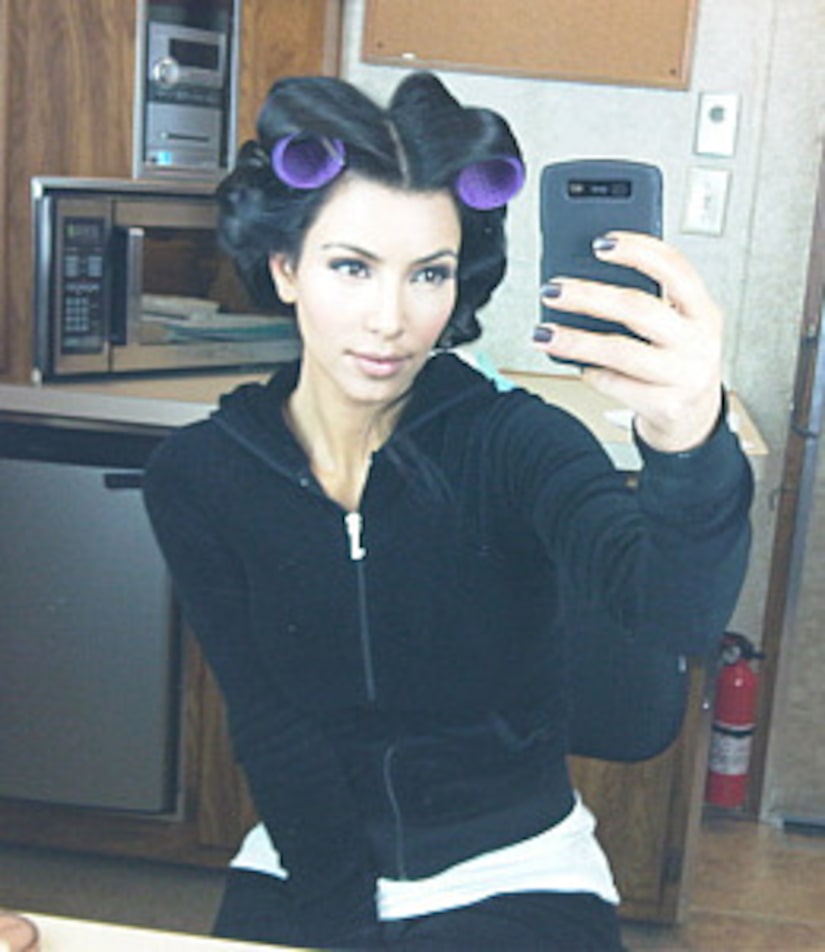 Kim Kardashian is getting ready to shoot her guest-starring role for "CSI."

On Monday afternoon, the reality star, 29, posted a photo on Twitter showing her in curlers while getting her makeup done on the set of the CBS series.

She and Minnillo play "two women who've managed to concoct a very interesting scheme that ends in murder," executive producer Pam Veasey told People.com of the episode, which will air Dec. 16.

Kardashian is pumped for the part.

Added Kardashian, "I'm having such a good time expanding my roles. I truly love branching out into different characters."