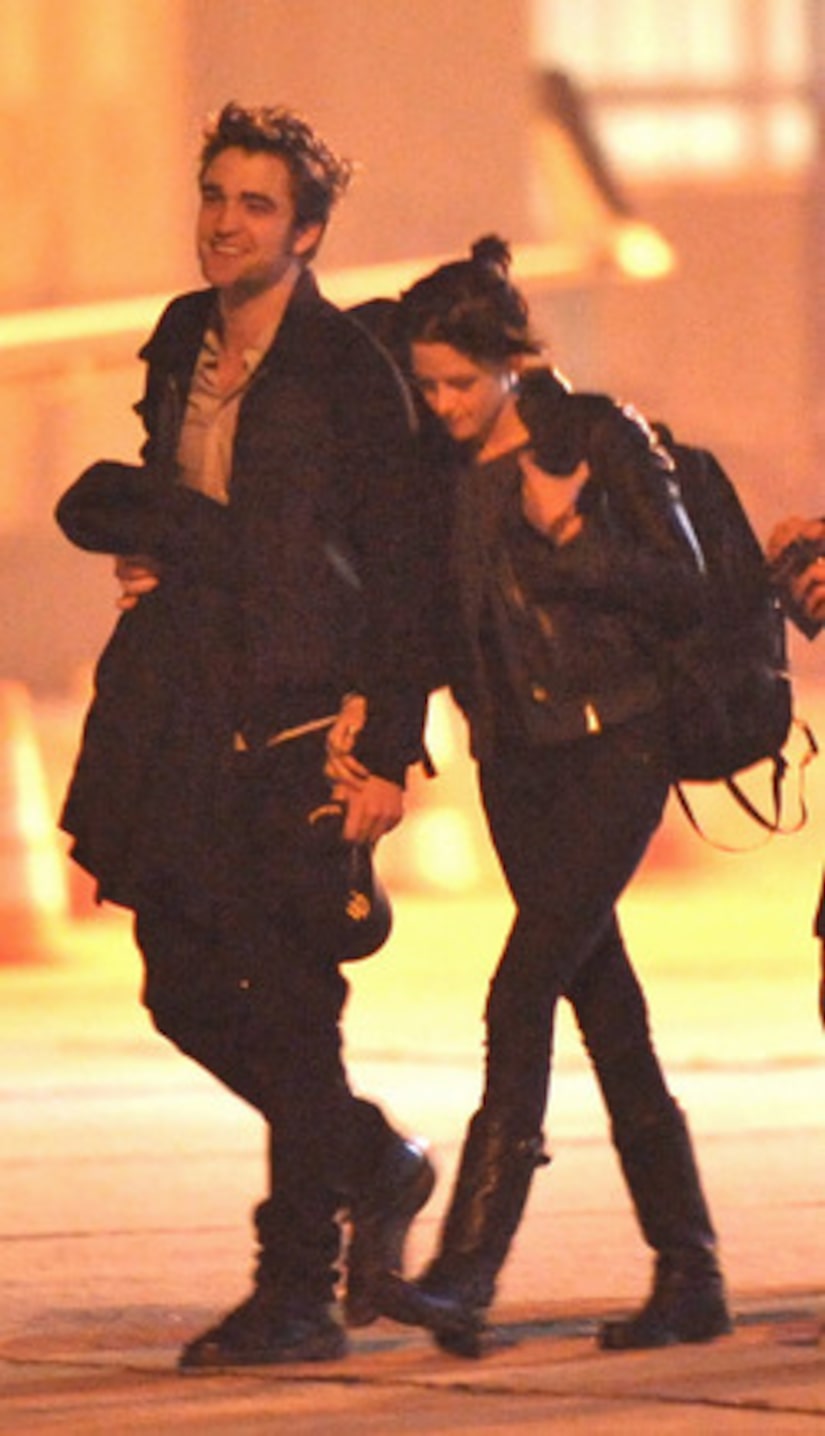 Caught in the act!

The two -- who have denied they're dating -- were in the City of Light to promote their newest flick in the vampire saga, which hits theaters Nov. 20.

When asked about rumors that she was dating Pattinson, 23, Stewart, 19, told "Extra," "I can completely understand why everybody would be zoning in on that. I can laugh about it, definitely, because I know the only way to live happily -- at least for me -- and healthy and sane is to protect yourself and own what you need to own. And that's it."

Still, she admitted fans will speculate once her newest flick hits theaters.

"I'm sure when 'New Moon' comes out, everybody's gonna think I'm with Taylor [Lautner], and it's like, okay, I know these guys so well. I would do anything for both of them, and it's like... a weird world to have to deal with normally."