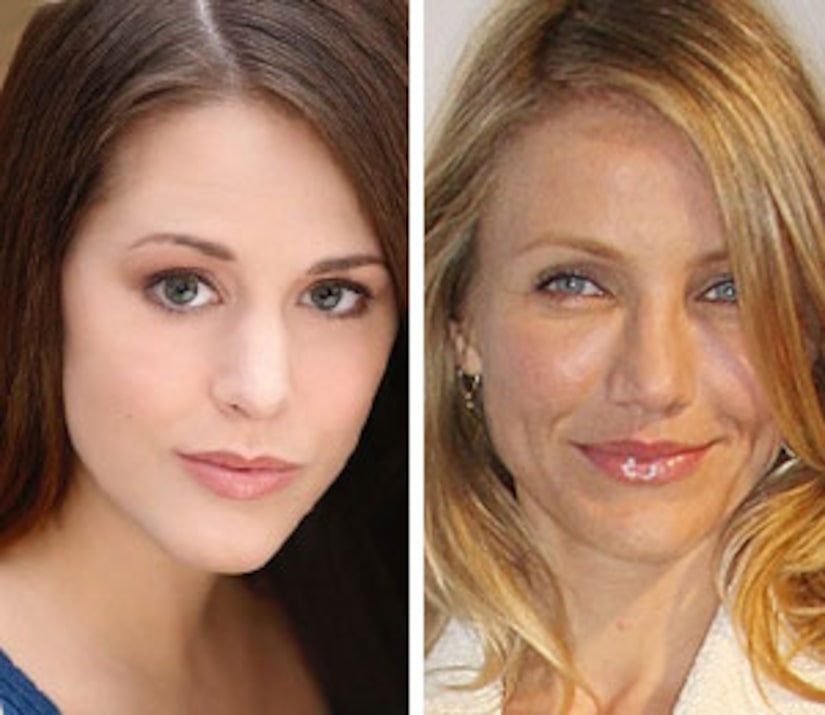 Cameron Diaz doesn't have a problem playing a goofy girlfriend or an animated ogre, but she also can handle a thriller.

In her new flick "The Box," she plays a literature teacher. Diaz's character teaches a class where students discuss the play "No Exit" by Jean Paul Sartre and the concept of "Hell is other people."

Co-star Danielle Heaton, who plays one of Diaz's students, was impressed with how the superstar was able to stay in character -- even when cameras weren't rolling. Heaton tells "Extra" Diaz's focus helped all the students stay in the scene. "She was very professional and had an easygoing nature about her."

While the younger actors had a difficult time reacting to scary moments in the scene that were later added with special effects, Heaton says, "Cameron handled it very well."