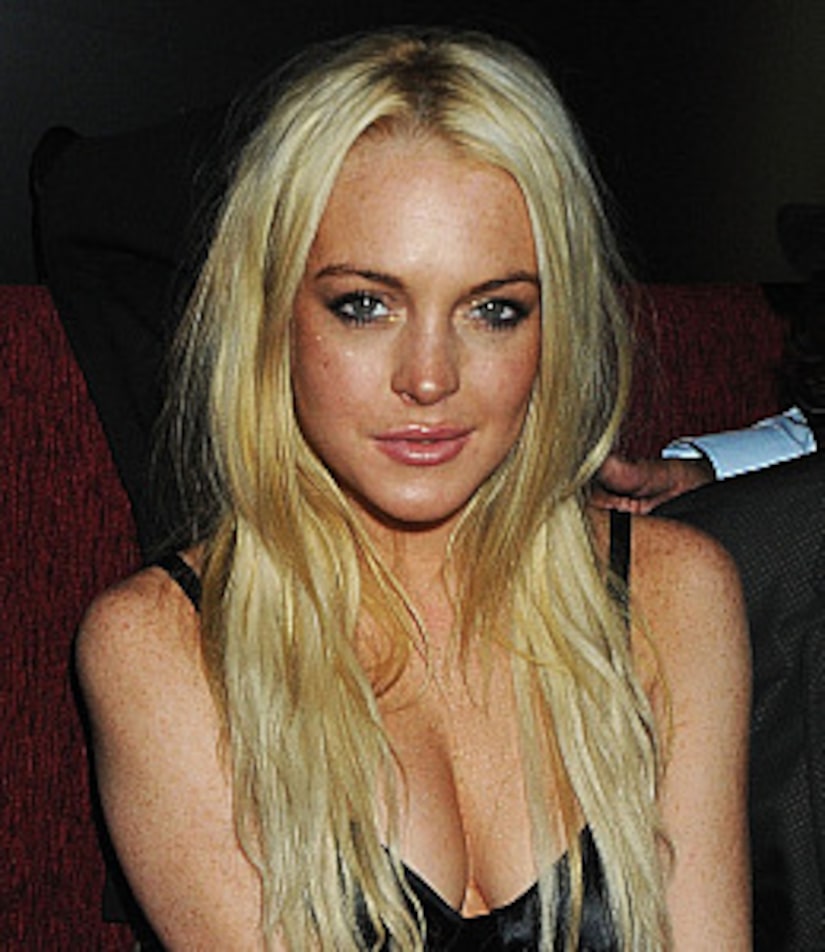 Lindsay Lohan is continuing her Twitter war with dad Michael after he released voicemails of her hysterically crying earlier this week.

See photos of Lindsay Lohan through the years

"Its [sic] so sad that I even have to share this w/everyone, but I haven't had a real relationship w/Michael Sr. in years. That is the truth. Xox," she Tweeted Thursday. "I just hope I can show others how to be strong through times & to be able to stand up for yourself and loved ones no matter what!"

The actress, 23, has even found humor in the situation.

"Good news is, I haven't called him many times @ all-so, it will end sooner than later!!! Lol" she added.

Earlier this week, Lohan called her father a "lunatic" for releasing tapes in which she's heard crying and complaining that "no one cares about me."

She also said she was considering getting a restraining order against her father.

Michael says he's released the private voicemails for Lindsay's own good. He told People that he believes she's addicted to drugs and wants "to get her into a long-term rehab to get off the prescription medication and whatever else. Regardless of what people say to me, Lindsay is my first concern."