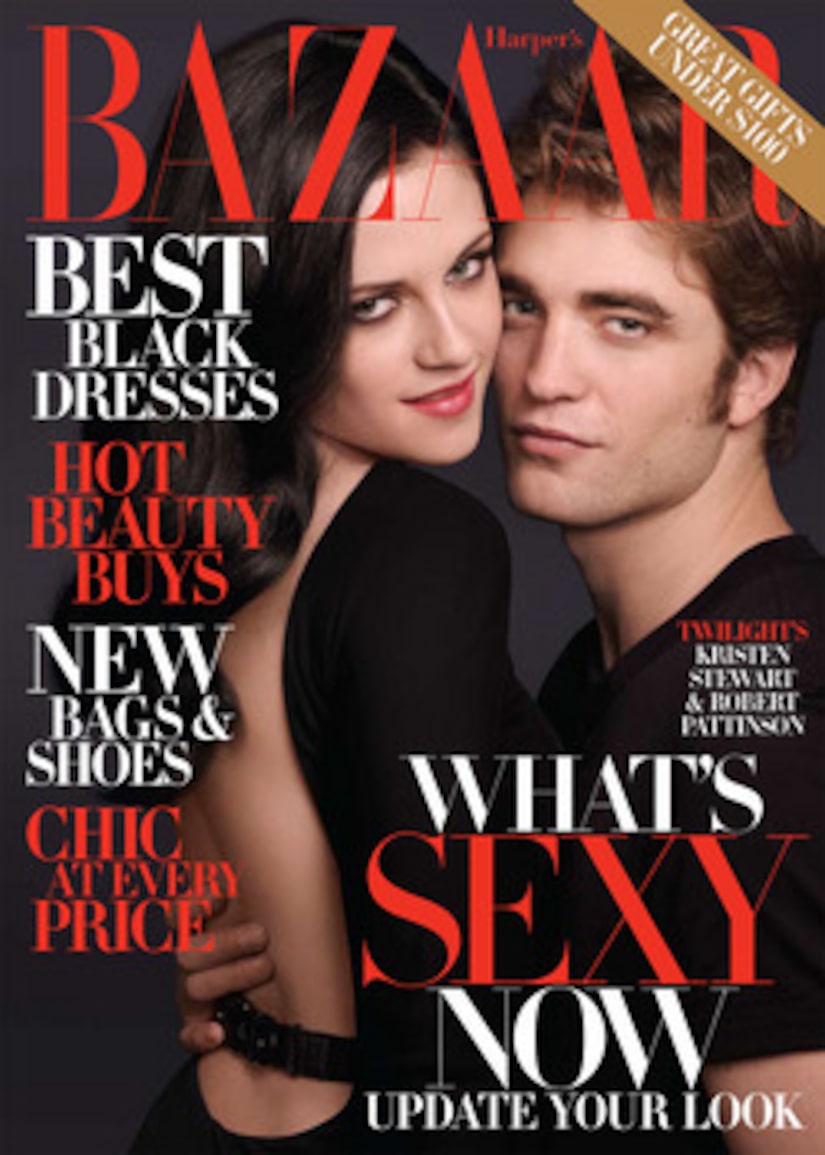 Kristen Stewart has a pet name for her "Twilight" co-star Robert Pattinson: Flippy.

When asked in the December issue of Harper's Bazaar (on stands Nov. 17) who's more athletic, Stewart, 19, says, "I'm definitely claiming that one.

"Rob can barely jump rope. I call him Flippy because when he does his stunt rehearsals, he flips around [makes gestures like a penguin]. And God, when he tries to run..." Stewart quips.

But she's a fan of Pattinson's voice, calling him "a great singer. Heartbreaking."

Check out photos of the "New Moon" cast in Japan Tuesday

For his part, Pattinson, 23, calling her "a unique girl. You really don't meet many people like Kristen."

"Kristen doesn't take any slack," Pattinson says. "She sticks to her guns -- and that's difficult to do."

When the subject turns to love, Stewart says Rob is more romantic than she is.

"I think romance is anything honest. As long as it's honest, it's so disarming," she says.

Pattinson jokes that he's "better at faking" in a relationship.

Find out what Twilight stars dressed up as for Halloween

One thing they can *almost* agree on: who Googles themselves more.

"[Kristen] would say me, but I reckon it's her. If either one of us catches the other one doing it, we're like, Jesus Christ, is that what you're looking at?" Pattinson says. "And the other one's on their phone pretending to text. I look up my competition more than she does. I'm incredibly shallow. I think she just looks at herself."