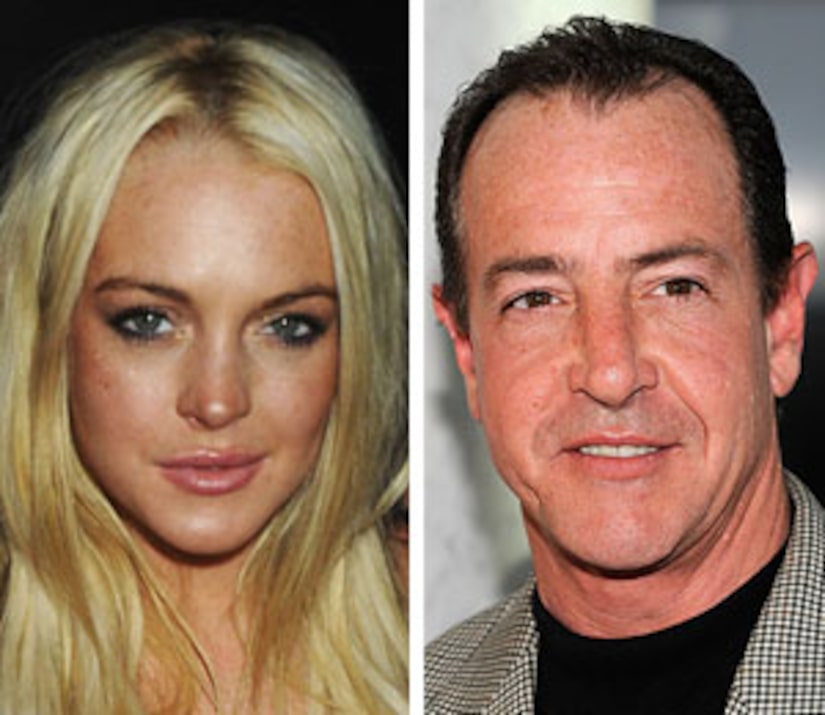 Lindsay Lohan is not impressed by her father's accusations that she's using drugs and saying he wants conservatorship of her -- and the actress took to her Twitter to vent her frustrations.

See photos of Lindsay Lohan throughout the years

"My father is a lunatic & doesn't even deserve such a title since he's never been around in my life other than when he'd threaten me & my family," Lohan, 23, wrote on her Twitter page.

Lindsay's rant continues, "He should be where he has always put himself after verbally abusing and physically abusing people all my life -- behind bars."

Earlier this week, Michael threatened to air tapes of conversations between himself and Dina, Lindsay's mother, discussing the actress' well-being. Lindsay told People magazine in a statement that she'd legally stop her father from releasing the tapes, saying, "We're going to stop it from airing. He is in violation of my order of protection. My attorney sent a cease-and-desist letter, and a copy of my order of protection I have against him. He is now in violation of my criminal order of protection. He harasses me, and calls my cell phone, which he is not allowed to call."

Lohan concluded her tweets with, "So much for having a 'dad'...I'm going to spend some time with the ones that love me & I love now."