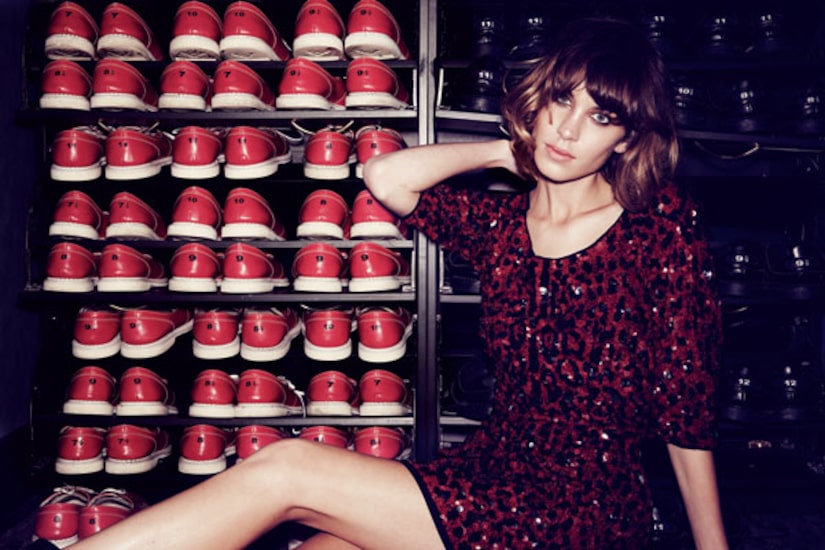 Chung's daily show "It's on with Alexa Chung" is hit, but when her contract with MTV ends, will the 25-year-old return to England?

"I don't know," Chung tells V Magazine. "I went to a wedding last weekend [in England] and when I got back here I was quite relieved to be home in New York. Whoa, I guess that's the first time I actually said that and meant it: 'Home in New York.'"

She's also the face of DKNY Jeans and a contributing editor at British Vogue, plus Chung lives in Brooklyn's hot neighborhood, Williamsburg, but she hasn't been so successful when it comes to making friends in New York. "I don't really have any friends in America," Chung confessed.

"Well, I have some friends," she adds. "But I'm working all the time, and, also, I just think that I'm a good judge of character."

For more of Alexa Chung's interview, check out the newest issue of V Magazine.