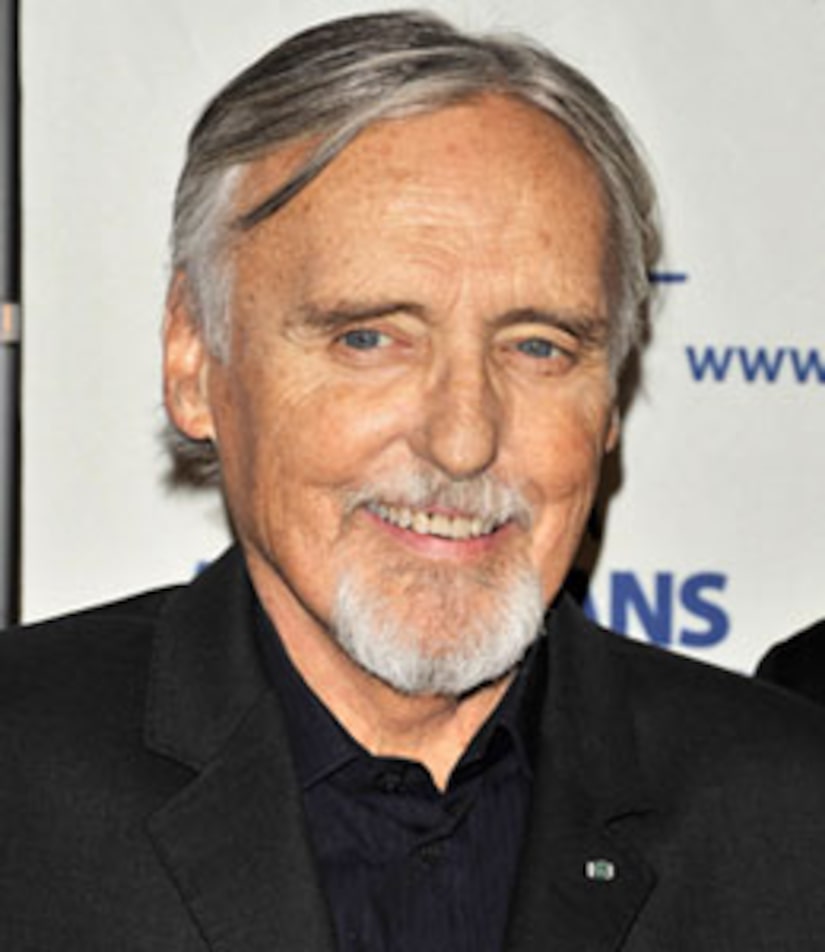 Actor Dennis Hopper has been diagnosed with prostate cancer.

Hopper, 73, is canceling all travel plans to focus on treatment at the University of Southern California, his manager Sam Maydew confirmed Thursday. "We're hoping for the best," Maydew says.

Hopper was forced to cancel his appearance at an exhibition of his artwork and photography at the Australian Centre for the Moving Image in Melbourne.

In September, Hopper visited the hospital after suffering flu-like symptoms and was treated for dehydration.

Hopper wrote, directed and starred in the 1969 classic "Easy Rider" and recently finished filming the second season of his Starz series, "Crash."