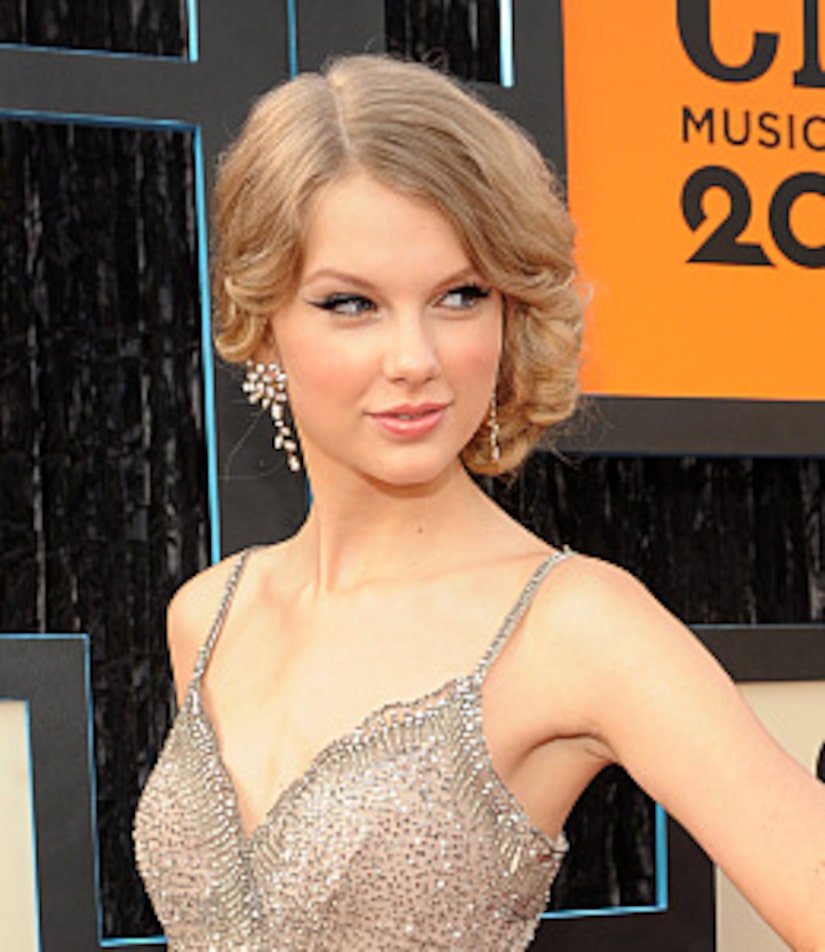 Country teen superstar Taylor Swift will show off her funny bone when she hosts "Saturday Night Live" next month -- while gracing the stage as the night's musical guest as well.

The 19-year-old tells AP that the opportunity is "mind-blowing," and she's already thinking of skits to spoof herself. "I've been thinking about skit ideas for a long time," Taylor revealed. "There are definitely some hilarious things that have happened to me over the past couple of months that I think will be pretty substantial skits."

One of those "hilarious things" may see Kanye West reliving the moment from the VMAs when he snatched the microphone from Taylor and told the crowd Beyoncé deserved the award instead.

Swift, who hosted in January, says she is looking forward to working with the comedians again. "I love being around people who I feel have a different kind of creative genius, and the funny genius is definitely a fascinating one to be around."