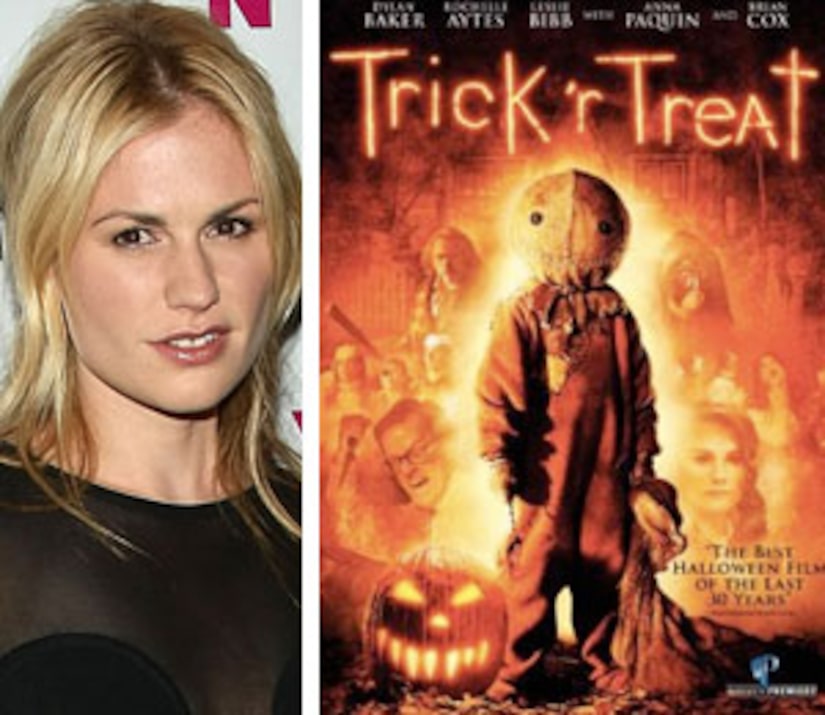 Oscar winner Anna Paquin stars in the über-successful series "True Blood" and she's a hot commodity in Hollywood, so why did her new flick "Trick 'r Treat" skip theaters and go straight to DVD?

Extratv.com talked to "Trick 'r Treat" director Michael Dougherty, and even he's perplexed! "I'm not 100% percent sure," Dougherty answered. "It's one of those eternal mysteries. It's not a typical horror film. It's not a remake. It's an original comedy anthology and breaks a lot of rules," Dougherty explained.

Dougherty says he chose Anna for the role because he worked with her on "X2" and thought "she would be perfect."

Paquin was cast in the horror flick before she took on the role of vampire lover Sookie Stackhouse in "True Blood." "Trick 'r Treat" was shot in Canada in 2006, two years before the success of "True Blood" in 2008.

"Trick 'r Treat" is available now on DVD and is the #3 best-selling horror film on Amazon.

Click here to enter to win your own copy of "Trick 'r Treat" on DVD!