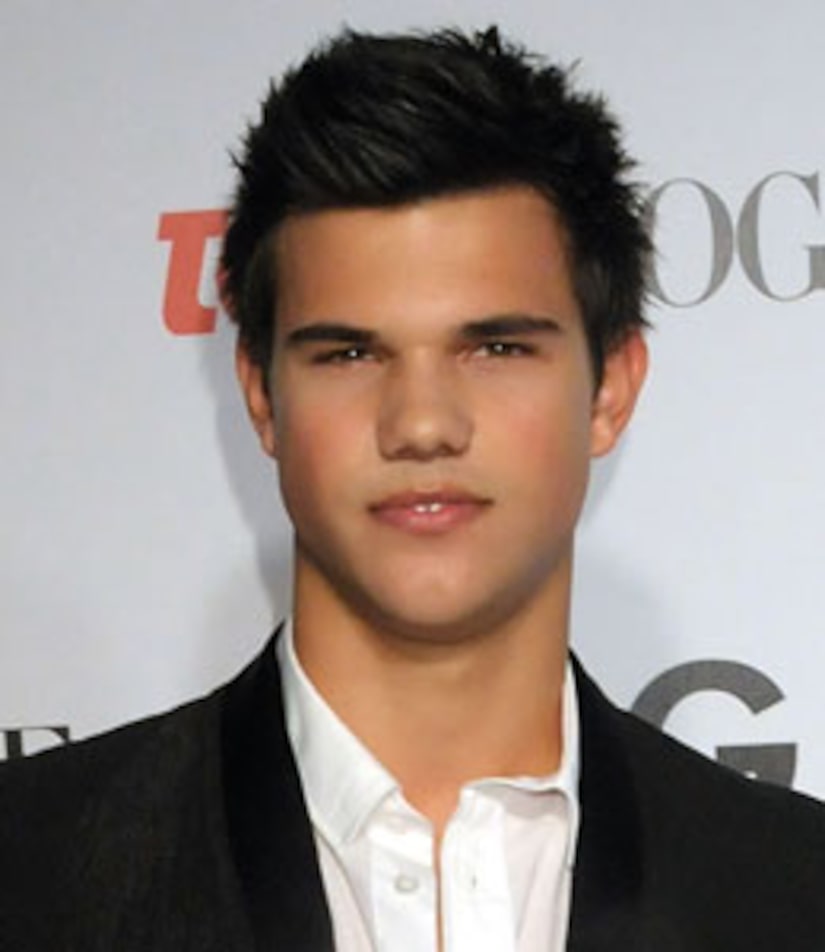 "The Twilight Saga: New Moon" hits theaters next month and the video for the film's title track has been released, but where is Jacob Black (played by Taylor Lautner)?!

Death Cab for Cutie's "Meet Me on the Equinox" features the band rocking out in an eerie cabin with clips from the upcoming flick, but only Bella Swan (Kristen Stewart) and Edward Cullen (Robert Pattinson) are featured!

Jacob's arm briefly makes an appearance when he saves Bella from drowning.

Vampires get all the love and werewolves are left in the dark.

A Star is Born

Lautner has studied karate since he was a boy and competed in multiple world championships. He was number one in the world at NASKA's Black Belt Open Forms, Musical Weapons, Traditional Weapons and Traditional Forms in 2003.

Lautner is a proud owner of a Maltese pooch named Roxy.

On the Dance Floor

The “New Moon” hunk also loves to dance — he made his own YouTube music video for the song “Apologize,” and participates in the dance groups L.A. Hip Kids and Hot Shots.

Taylor appeared in the music video “Caught Up in You” for singer Cassi Thomson.

Taylor got his big break in 2005, when he nabbed the part of Sharkboy in “The Adventures of Sharkboy and Lavagirl 3-D.” He also starred in the flick “Cheaper by the Dozen 2,” before returning to the big screen in “Twilight.”

A sports fan, Taylor cheers on the Michigan Wolverines — so fitting — and the Texas Longhorns.

Taylor recently got his driver's license.

While filming "New Moon" in Vancouver, Taylor was linked to Disney star Selena Gomez after the twosome were spotted out together multiple times.

Taylor is rumored to be dating his on-again/off-again girlfriend, Sara Hicks.