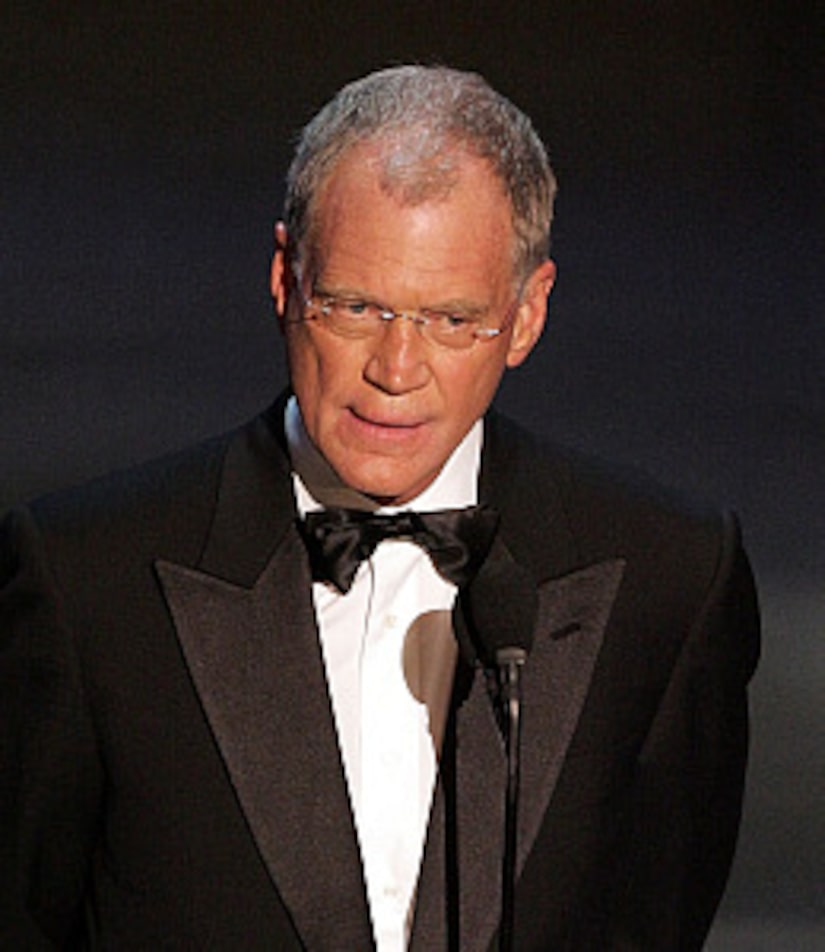 "Late Night" host David Letterman admitted tonight that he was the victim of an extortion plot -- and had a sexual relationship with at least one of his employees.

Letterman says that three weeks ago, Dave received a package from someone who told him they had information about Letterman's sexual relationship with one of his employees. The caller then threatened to go public with the alleged information unless the comedian forked over $2 million.

Letterman contacted the Manhattan District Attorney's Special Prosecution Bureau, who set up a sting operation. The operation included David handing a fake check to the individual, who was arrested on Thursday. CBS News says the man in police custody was an employee of the network's news magazine 48 Hours." He has been identified as 51-year-old Robert Halderman of Conneticut. He has been charged with first degree attempted grand larceny.

During tonight's show, Letterman confessed to the audience that he had to testify in front of a grand jury this morning -- and that he had to admit he had sexual relations with his staffers. "My response to that is, yes I have. Would it be embarrassing if it were made public? Perhaps it would," Letterman said, "especially for the women."

Only Dave can make a serious admission like this funny ... check out the video.