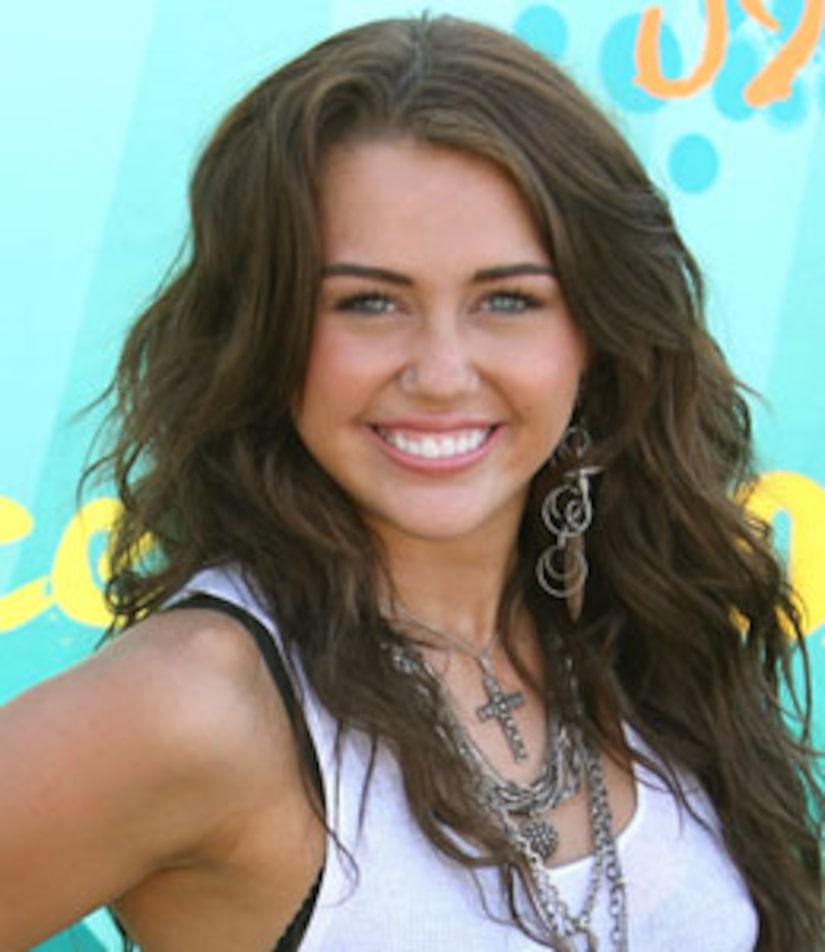 It's confirmed that teen queen Miley Cyrus will appear in the sequel to "Sex and the City" on the big screen!

GossipCop.com reports in one scene, the 16-year-old wears the same dress as Kim Cattrall's character for a red carpet event. Fashion disaster! Cattrall, who plays cougar Samantha Jones, buys the dress to look "hot and young."

In the script, Mario Cantone's character Anthony exclaims, "Mother of God: She is wearing the same dress as Hannah Montana."