While on the stand in a Bahamian court today, John Travolta described the moments before his son Jett's death and revealed the 16-year-old was autistic. The actor testified against two people accused of trying to blackmail him with private information about the rescue effort. 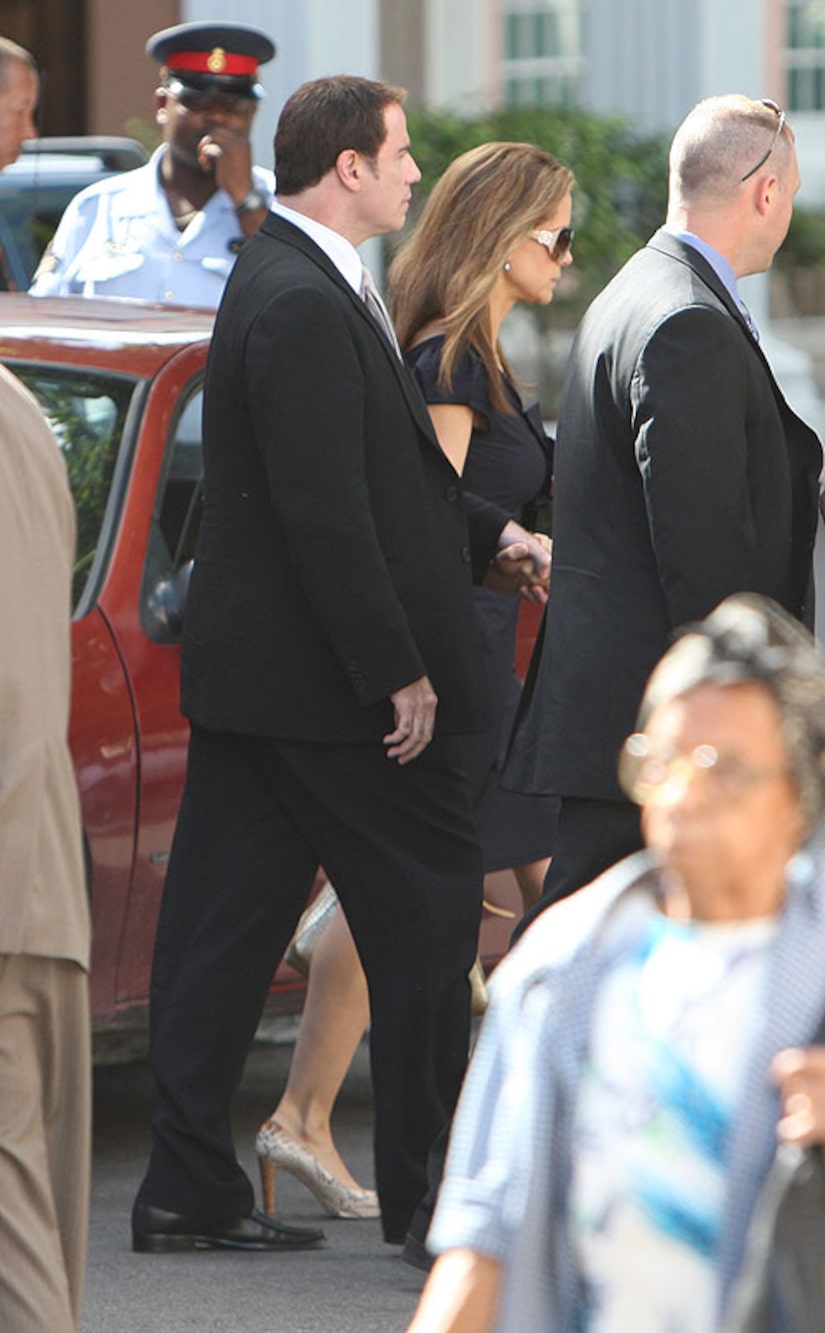 Travolta testified that he and wife Kelly Preston were awakened by a nanny around 10:15 AM on Jan. 2, saying, "I ran downstairs with my wife to help my son." The star also performed CPR on Jett.

Travolta has kept a very low profile since Jett's death, appearing only recently at the D23 Expo to present his upcoming film "Old Dogs."