It's the show everyone has been waiting for all summer... "Glee"! The pilot aired last May and season one begins tonight! "Extra" caught up with the cast before the newbies will become household names! 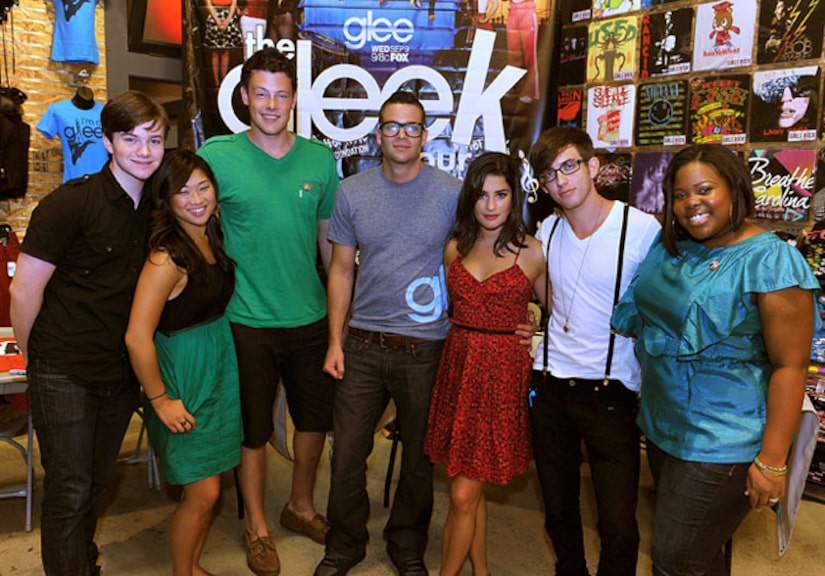 "Glee" focuses on a high school choir group. Chris Colfer plays "Kurt" and he tells "Extra" his high school experience wasn't so "gleeful." "I had a horrible time in high school. Have you heard the way I sound?" the 19-year-old joked. "When you sound like me and look like me, public high school is not the place for you."

Colfer plays the sassy, dramatic soprano in the group, and he says, "I wasn't castrated or anything at birth, but I think I'm stuck like this for a long time."

The "Glee" fanatics aren't too overwhelming, the show's jock Cory Monteith jokes, "I hope we don't have to start stockpiling food and build a panic room." Castmate Lea Michele says she has felt the beginning of "Glee" fever. The cast hit the road for a mall tour and Michele says fans were already singing along.

Fun fact: Co-star Amber Riley is an "American Idol" reject! The superstar auditioned for the singing competition but didn't make it to the televised judging rounds.