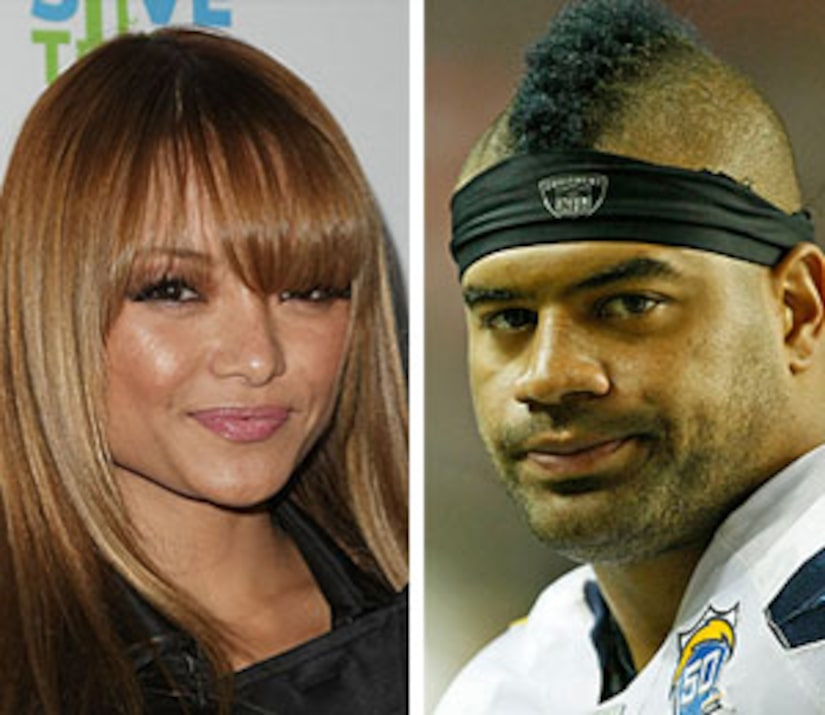 Reality vixen Tila Tequila told authorities that her beau, San Diego Charger Shawne Merriman, choked and restrained her over the weekend. Merriman was arrested on the charges.

The "Shot at Love" star and Merriman attended a birthday bash for a mutual friend at San Diego hotspot Stingaree earlier in the night, and nightclub officials confirm the two were in "good spirits" during their stay. Stingaree officials tell "Extra" in a statement, "They seemed in good spirits throughout the evening and were enjoying themselves. There was no outward indication of any problem between the two of them."

Tila Tequila, whose real name is Tila Nguyen, called authorities at 3:45 AM, after leaving the club and heading back to Shawne's home. "Nguyen told deputies she had been choked and physically restrained by Merriman when she attempted to leave his residence," San Diego County Sheriff's spokesperson Jan Caldwell told NBC San Diego. Tequila then signed a citizen's arrest charging Merriman with battery and false imprisonment.

The football player, 25, was arrested and booked around 8:30 AM and left jail at approximately 11 AM. It is unknown whether Merriman posted bail or was released on his own recognizance.

Tequila requested an ambulance and was checked out at a local hospital. She has since been released.