Pictures have surfaced on TMZ showing Jasmine Fiore celebrating the prison release of her ex husband Michael Cardosi -- just four days before she was murdered. She was not wearing her wedding ring. Did Ryan Jenkins see these pix and kill her? 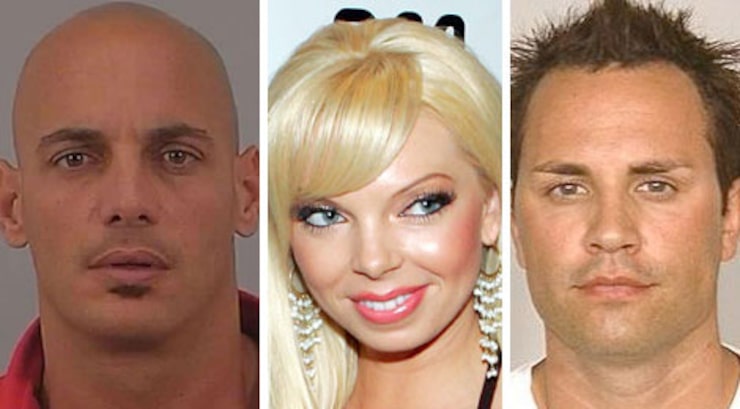 "Good Morning America" posed the question to Ryan's little sister Alena Jenkins, who says not to believe it, and "I hold on to the thought that he couldn't possibly do this... I believe my brother is innocent."

When asked what Ryan might have thought of the photos, Alena took a shot at her murdered sister-in-law, saying, "Apparently, Jasmine was a bit of a show-off. She would quite often expose her breasts in public places just for fun."

Jasmine's mutilated body was found in a Buena Park, Calif. dumpster on August 15. Ryan Jenkins killed himself in a British Columbia hotel room on August 23. No suicide note was found.

Police have not announced pursuit of any other suspects in the murder of Jasmine Fiore.