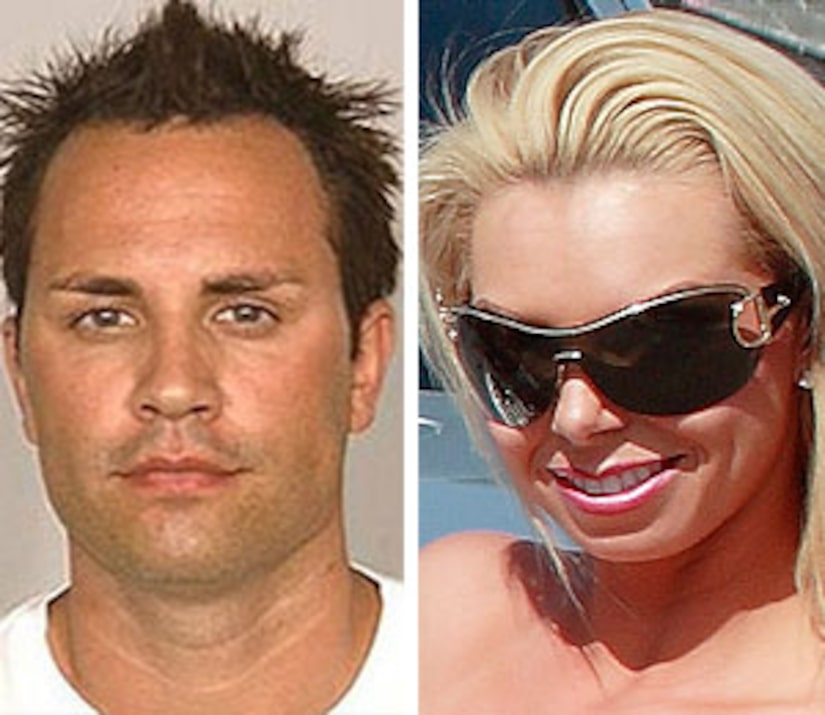 Shocking new reports today claim that Ryan's family may have helped him evade Canadian authorities -- and Jenkins' father is blasting the murdered model for "destroying" his son!

Jenkins' father Dan went on the offense in an interview with the Calgary Sun, attacking Hollywood and Jasmine Fiore for "destroying" his son. "He went to Hollywood and something down there in the last 4 months, including this girl, just destroyed him." He added, "I'm not at all convinced that he did this crime yet. He was terrified and alone."

Reports claim that the vehicle with which Ryan was dropped off at the Thunderbird Motel, was registered to Dan -- which strengthens new accusations that Ryan's half-sister was driving the car.

Stuart Brazell, the casting director who chose Ryan for "Megan Wants a Millionaire," paints a very different picture of the 'terrified" and "alone" reality star. "You could tell he had that confidence about him, very much a ladies' man." Brazell tells "Extra" that she cast Jenkins after he hit on her at a Las Vegas casino.

Megan Hauserman, the woman whose heart Ryan competed for on the reality show, is breaking her silence on the reality star turned murderer. "I think it's horrible," Megan tells reporters of Jenkins allegedly killing Fiore, then later committing suicide. "It's really sad."

Just after his marriage to Jasmine, VH1 sent Ryan to Mexico to compete on "I Love Money 3" -- while Fiore allegedly rekindled a romance with a former flame. This may have been what triggered the alleged violence between Jenkins and Fiore.

Ryan's ex-fiancée Paulina Chmielecka reveals that Jenkins was charming, but felt like he didn't want to settle down. "We were together for two and a half years," she explained to APTN. "He wanted more of an open relationship and that's not the direction I wanted to take my marriage."