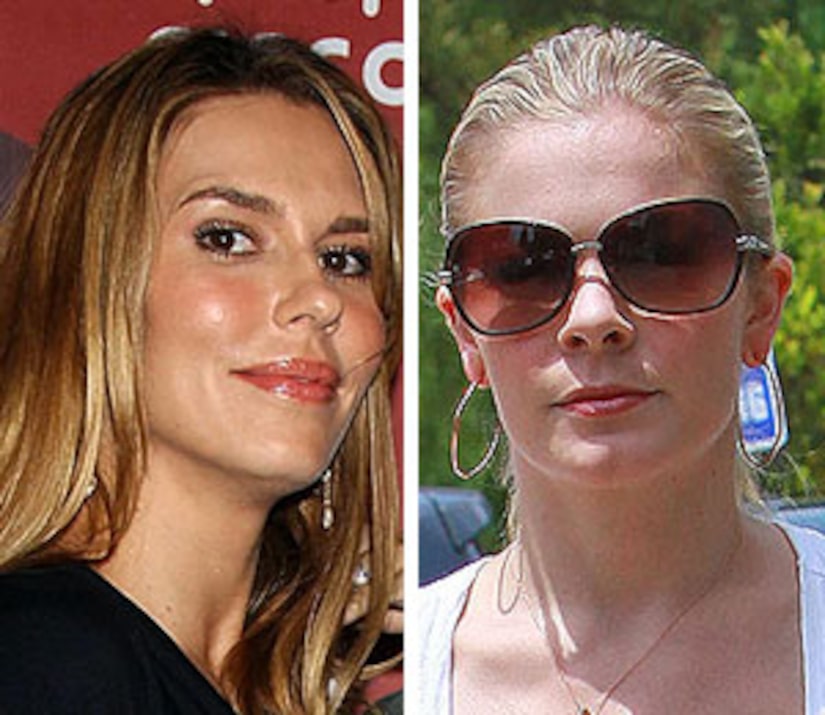 After months of scrutiny, Eddie Cibrian and LeAnn Rimes have gone public with their relationship -- and Eddie's estranged wife Brandi Glanville no longer sees him as the man she married.

"He's just somebody I don't know," Brandi admitted to People magazine. "I don't understand -- you think you know one thing and you wake up and it's all been a lie."

Eddie and LeAnn were snapped enjoying a round of golf last week. Two days later, on Saturday, the lovers attended a Kings of Leon concert in L.A.

Glanville originally defended Eddie when rumors surfaced in March that Cibrian, 36, and Rimes, 26, were having an affair. Now, Brandi confessed that she has trouble explaining to the couple's sons -- Mason, 6, and Jake, 2 -- where their father has been. "They know that daddy is at work all the time," she says. "That's what I tell them. When he does come home it is surprising for them and they are very happy."

Glanville told the magazine her reaction to Eddie's recent behavior has been disbelief. "I'm just like, 'You know what? You're not the man I married.'"

Brandi also confirms that she has spoken with LeAnn recently, and told her, "He's all yours."

Glanville confirms that she hopes to file divorce papers shortly, ending her eight-year marriage to the "CSI: Miami" star.