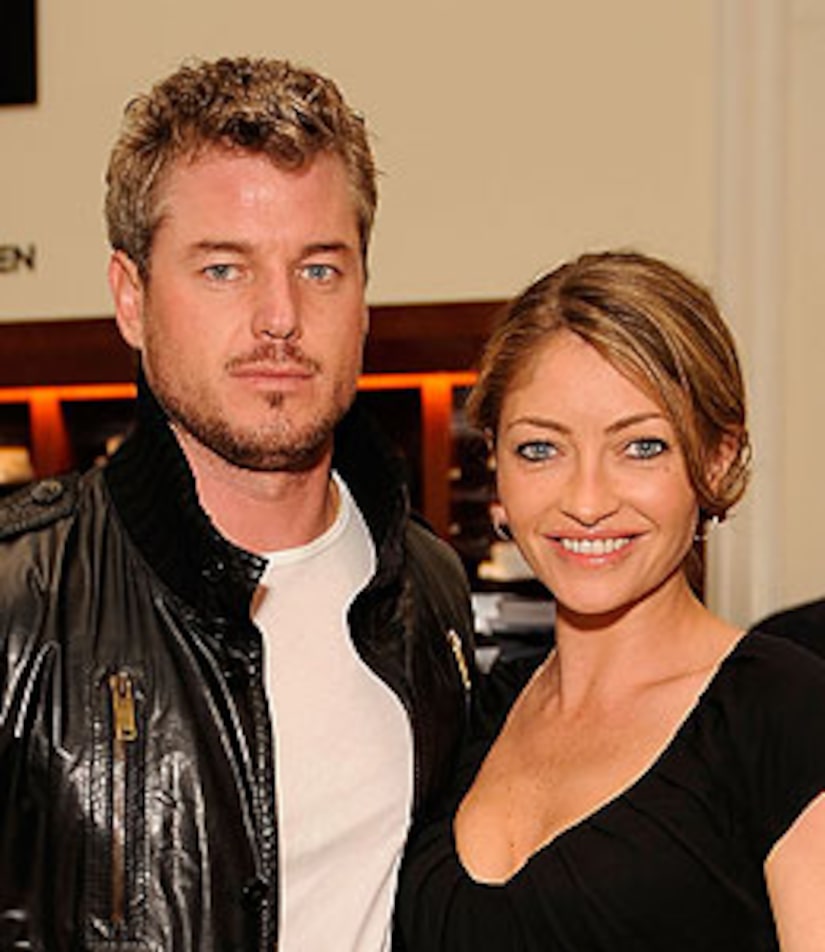 Eric Dane and Rebecca Gayheart are at the center of a three-way nude tape scandal, co-starring former Miss USA Kari Ann Peniche -- and the couple is lashing out against anyone who publishes the private videotape!

An attorney for the "Grey's Anatomy" star and his wife have threatened legal action against anyone who publishes the tape. Their legal counsel, powerful Hollywood attorney Marty Singer, denies it's a sex tape, and released the following statement:

"This is simply a private, consensual moment involving a married couple, shot several years ago, which was never intended to be seen by the public. Although the participants are nude, the tape is not a 'sex tape.' It is a private tape made for only my clients' personal use, and nobody has the right to exploit it. If anyone exploits the tape, they will be violating my clients' rights and will be exposed to significant liability."

In the video, Dane, Gayheart and the former Playboy model are shown lounging on a bed naked -- and another scene shows the women enjoying a hot tub while Eric watches. The leaked tape, rumored to be an edited version, does not show any sexual activity.

Peniche, who was briefly engaged to singer Aaron Carter, was recently treated for sex addiction on Dr. Drew's "Celebrity Rehab," but was kicked off the show after allegedly stealing from her roommate, Mindy McCready.

The tape was allegedly uncovered during an LAPD investigation. Los Angeles authorities are currently investigating how the footage was leaked.

UPDATE: Kari Ann's rep released a statement regarding the tape. It reads: "Kari Ann is extremely upset over this situation. She considers Eric and Rebecca dear friends and this is an unfortunate incident where consenting adults who were having a little a fun are now victims of having personal property stolen and private matters made public."