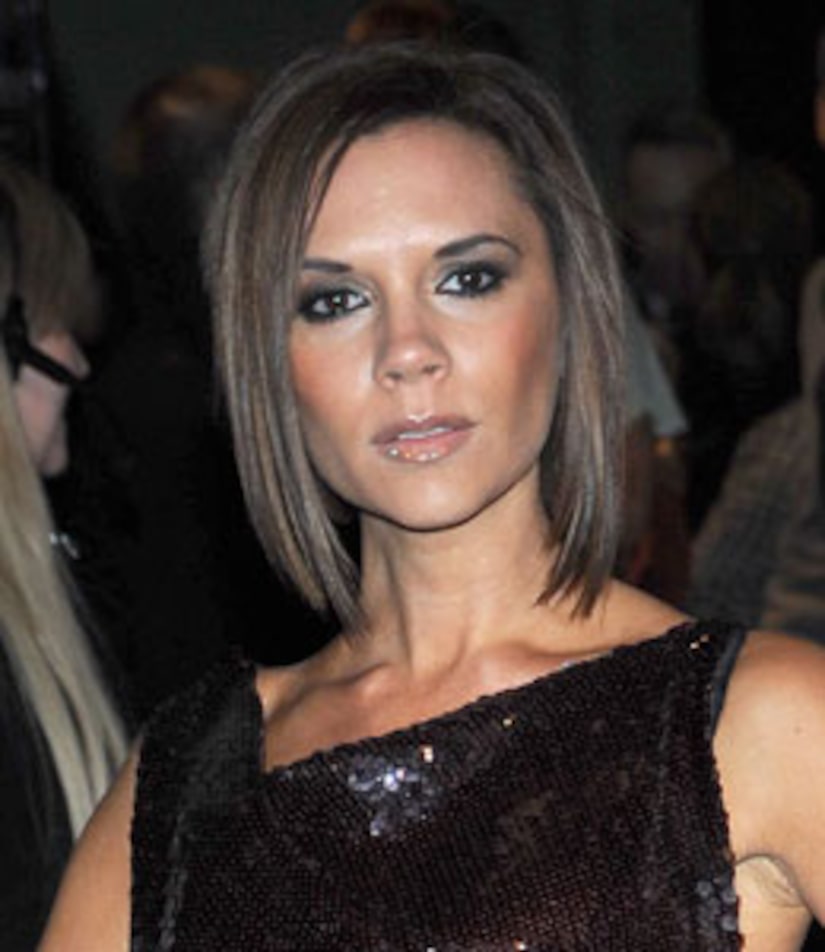 Victoria Beckham is "beyond excited" to fill in on "American Idol" and she wants to be portrayed as the "really sweet" judge.

The former Spice Girl will appear in one episode of Season 9. "I am beyond excited!" In a radio interview with Ryan Seacrest, Beckham said, "When I got the phone call, I just couldn't believe it. I feel like I got the best job that there is... I'm still grinning from ear to ear, and I'm going to try hard to pout and not shatter the illusion that I'm a moody cow, but I don't know if I can -- I'm just so happy."

The 35-year-old fashionista said, "I want to be nice to people." Posh revealed, "I know how it feels to be stood there and be judged and how it can feel when nerves get the better of you, and I don't want to shatter anybody's dream. But at the same time, there's nothing wrong with a little bit of constructive criticism. It's doing it nicely, because even those that are bad, they don't know that they're bad and who am I to shatter that?"

Beckham told Seacrest that Simon Cowell "turned down" the Spice Girls before they found success elsewhere. Posh said she still respects Cowell and added, "I hope he does give me a little bit of a hard time. I feed off of that."