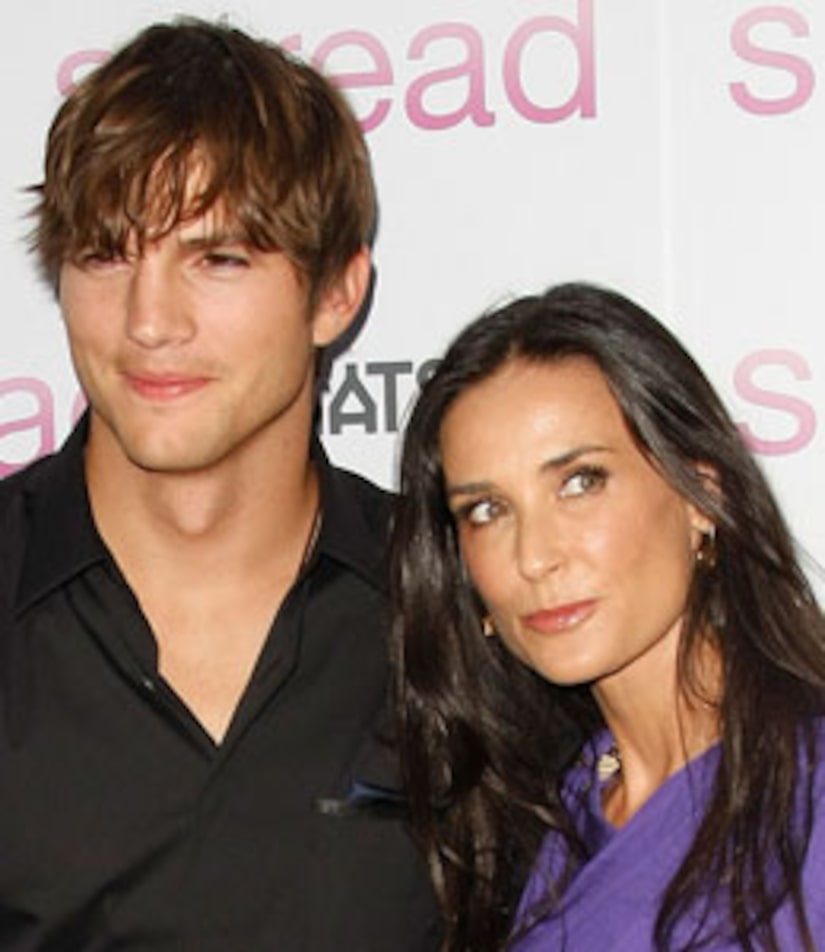 Happy couple Ashton Kutcher and Demi Moore had a not-so-happy flying experience on Thursday when their plane was forced to make an emergency landing in Las Vegas after an engine apparently overheated.

People magazine reports the two were jetting to New York following the Las Vegas premiere of Kutcher's movie "Spread." Neither Ashton nor Demi were injured.

Kutcher turned to his Twitter page to relay details of the frightening incident. "My plane just had to do an emergency landing. Engine overheated. Fire engines everywhere -- good times." He later posted he was "happy to be alive," adding that he wanted to celebrate at the Turtle Bay Bar.

Moore wrote about the experience on Twitter, saying, "Yep it is always an adventure in Vegas, emergency landing and all."