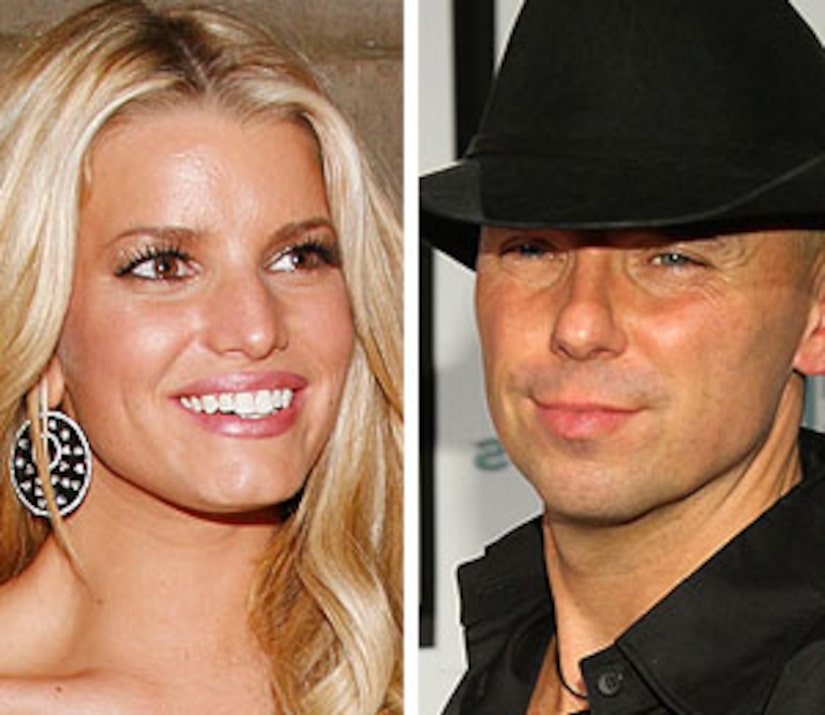 In an attempt to shed light on the breakup of Tony Romo and Jessica Simpson, a report today claims that Romo split after Jessica was caught flirting with Kenny Chesney!

According to Star magazine, Simpson was flaunting her bikini body and flirting with country star Kenny Chesney right in front of Tony at Santa Rosa Beach in Florida over the Fourth of July weekend. The NFL star broke up with the singer a few days later.

A source close to Jessica slams the report as "absurd."