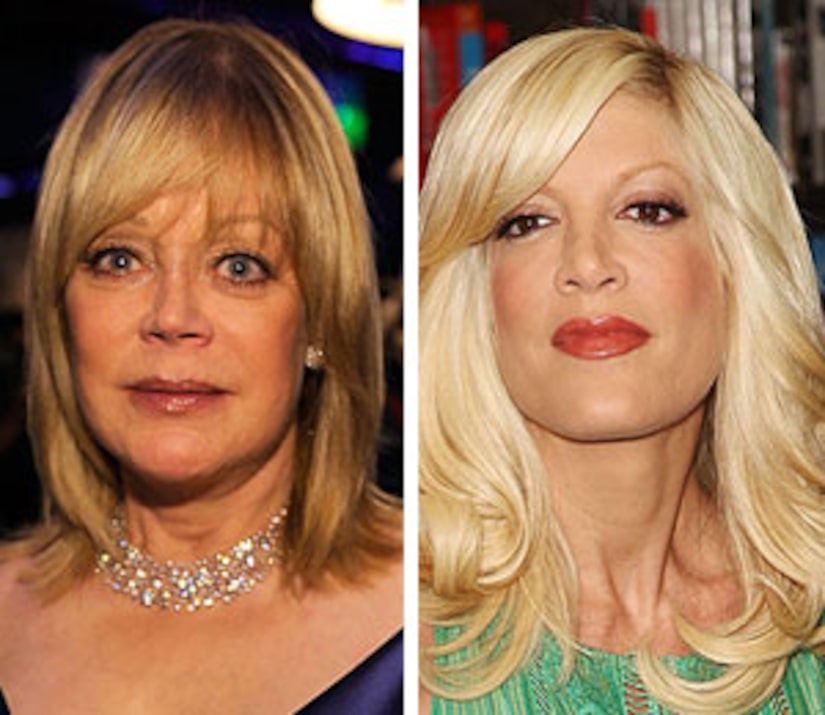 In the letter, published on TMZ, Candy refers to her daughter as "a middle-aged reality show star," and claims that she agreed to go to granddaughter Stella's first birthday party, but backed out when she realized their first meeting would be broadcast on television.

Tori told "Extra" that she was extending the invite to her mother, saying, "She's Stella's only living grandparent." Candy, who insists that her grandchildren have become "reality show props," recently told "Extra" that she wanted to patch things up with the "90210" star -- off-air. "The truth is, I don't want to discuss things with her on her show."

Candy expressed interest in reconciling with Tori -- but Tori told "Extra" that if her mother wants to contact her, she needs to do so without involvement of the media. "She's welcome to contact me," the "Home Sweet Hollywood" star revealed. "Privately."