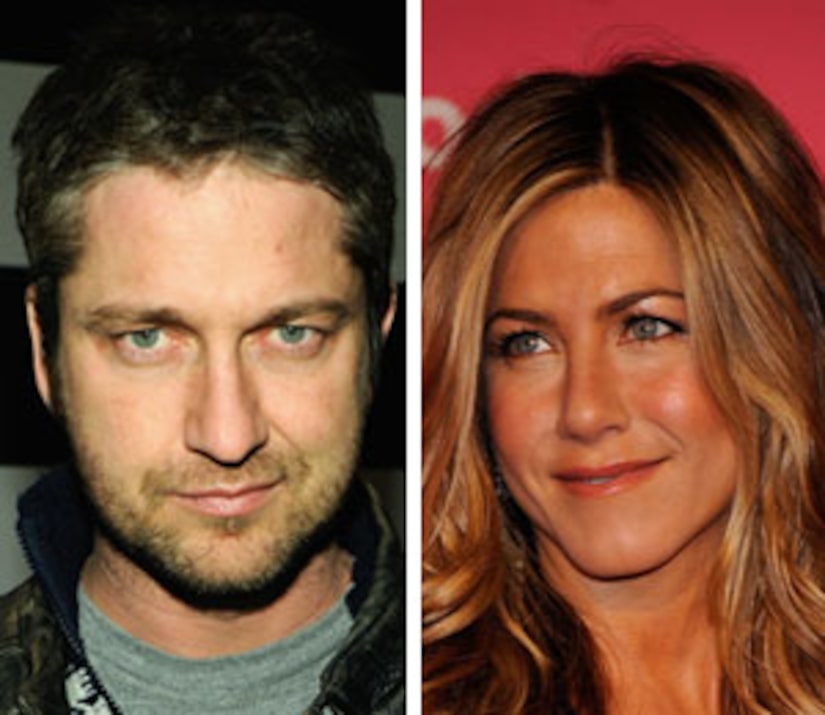 Gerard Butler has realized it's more fun to joke around with relationship rumors, rather than just denying them.

"Conan O'Brien asked me about Aniston, who is my costar in the movie I'm making now, and I just said, 'Yeah, we're getting married," Butler tells Parade magazine.

The 39-year-old scruffy "Ugly Truth" star plans to tie the knot with some other female celebs as well. "I'm careful to also say that I'm marrying Cameron Diaz and maybe Joan Rivers," Butler says. "I like to tell everyone I'm going to be a busy guy."

"Tell a joke, that's my technique," he adds. "I learned as a kid how to stay out of trouble: make it funny."