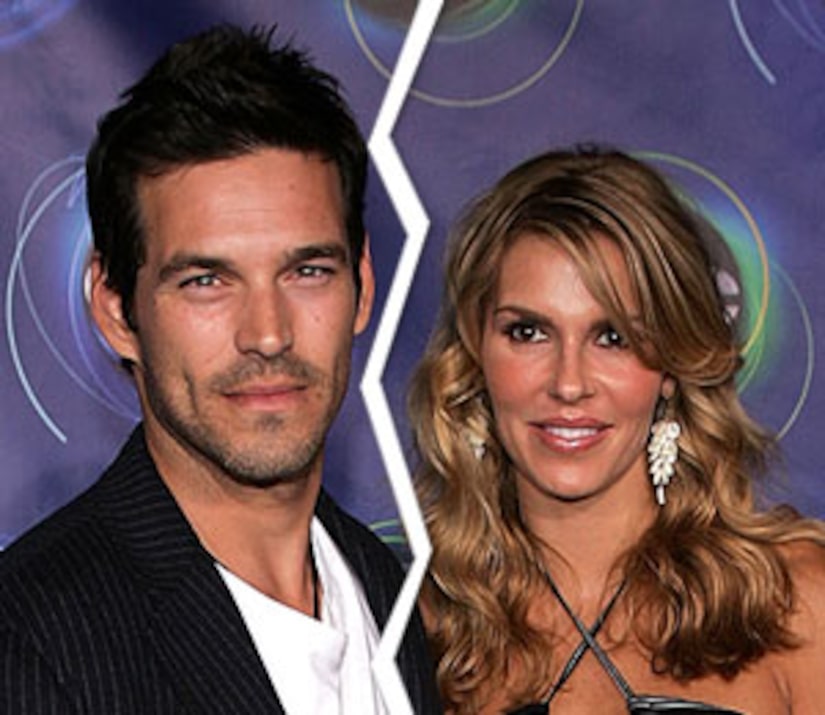 After months of cheating rumors and speculation, Eddie Cibrian's model wife Brandi Glanville has decided to leave her actor hubby.

"Eddie Cibrian's wife has decided to leave him," Jill Martin from Us Weekly dishes to "Extra." Brandi is reportedly calling it quits after being stunned to learn that her husband never ended his alleged affair with LeAnn Rimes.

Brandi, who last month accused Rimes of "stalking" Eddie, told the magazine, "Eddie and LeAnn deserve each other." Martin adds, "Brandi says she's only thinking of her two sons and wants to do what's best for them."

Whispers of an affair surfaced after Rimes, 26, and Cibrian, 35, filmed the Lifetime movie "Northern Lights." The twosome were snapped in the bar at a Lakers game in May, and last they were spotted going for a chopper ride!

Cibrian has also been accused of cheating with Scheana Marie Jancan, a 24-year-old model. LeAnn is married to dancer Dean Sheremet, but Martin says it isn't confirmed yet whether or not Rimes will leave him. "Source says that LeAnn, even amidst all these rumors, is still trying to work on her marriage."

UPDATE: Cibrian's reps have released a statement regarding the couple's split. It reads: "Apparently the press wishes to continue to play out Eddie Cibrian's domestic situation publicly with an unfair flair of tabloid fervor. Eddie is a devoted and loving father first and foremost and the speed bump he and Brandi are experiencing needs to be worked out privately for everyone's benefit."