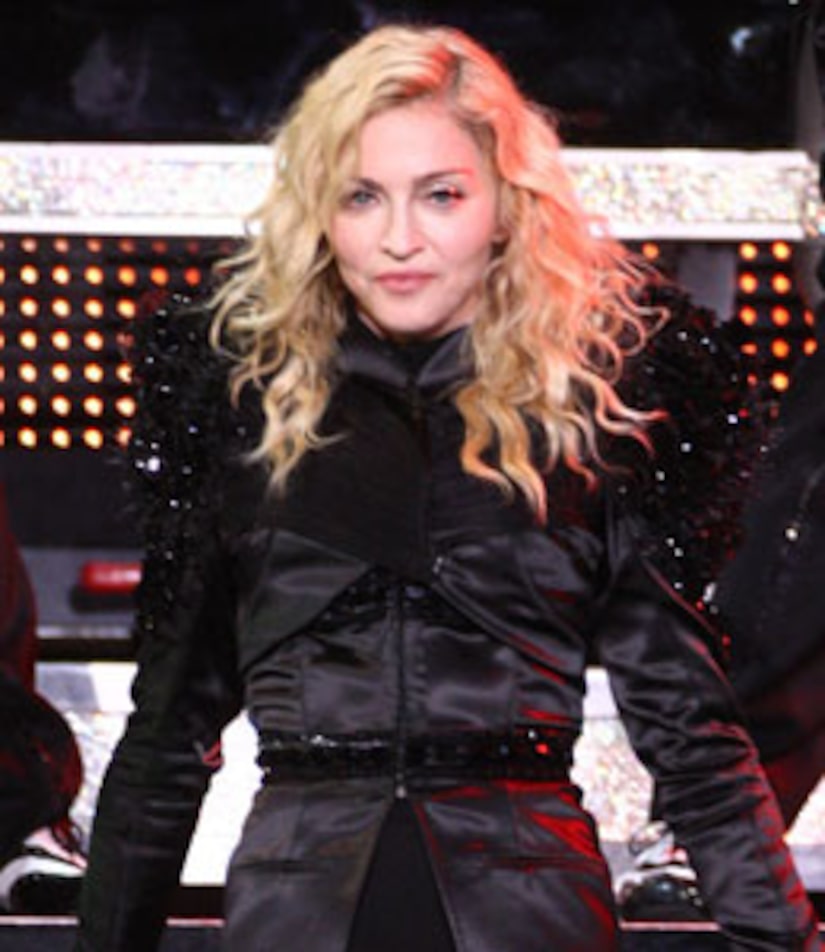 The Queen of Pop paid tribute on Thursday night to the two people who lost their lives while constructing her concert stage in France.

The superstar performed a tearful rendition of "You Must Love Me" during her Fruili Stadium show in Udine, Italy. Madonna was choked up as she haltingly told the crowd, "I feel so... so devastated to be... to be in any way associated with anyone suffering." She then asked the crowd to take a moment to remember the men who died, and their families.

"Please, let's all take a moment to appreciate life in general," she told her fans, adding, "We are all so blessed and so lucky to be alive"

Two men died when a crane used in building Madonna's "Sticky and Sweet" concert stage collapsed in Marseilles. Two other victims required surgery and seven others were treated. The Marseilles concert that was scheduled for Sunday, July 19 has been canceled.