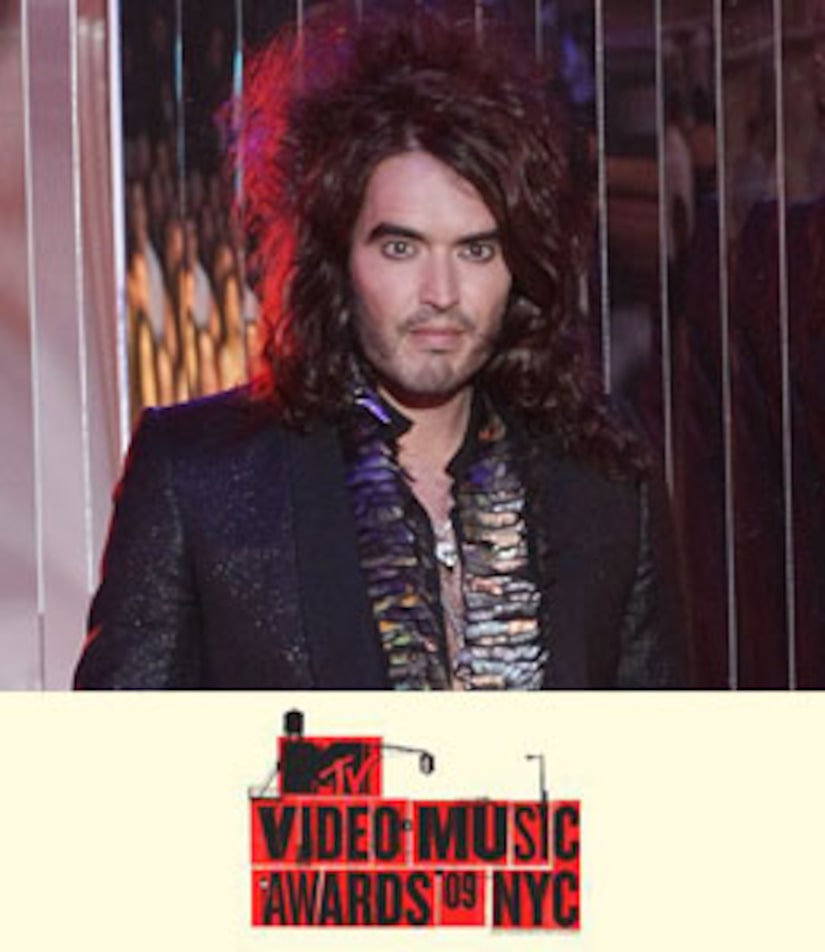 The MTV Video Music Awards are planning a return to New York City -- and controversial comedian Russell Brand is back as the host!

At last year's VMAs in Los Angeles, Brand helped Britney Spears kickoff her comeback and memorably bashed the Jonas Brothers for wearing purity rings. MTV General Manager Stephen Friedman jokes, "We are thrilled that despite numerous death threats from Jonas Brothers fans, Russell Brand has accepted our offer to put his life on the line and host the VMAs again this year."

The unkempt comic is known for his role as rocker Aldous Snow in "Forgetting Sarah Marshall" and for starring alongside Adam Sandler in "Bedtime Stories." "This year will be a controversy-free festival of love and discreet orgasms," Brand says.

Country cutie Taylor Swift will perform during the show for the first time. The 19-year-old is pumped and says, "I think this year's show will be unlike anything they've ever done!"

British rockers Muse will also take the stage to debut their latest single "Uprising." The VMAs will be the band's first TV performance in the US.

The 26th annual VMAs will air live on Sunday, September 13.