Justin Timberlake and Jessica Biel took in a night of music at the Hollywood Bowl on Sunday -- and fellow A-listers Jake Gyllenhaal and Reese Witherspoon joined in on the fun! 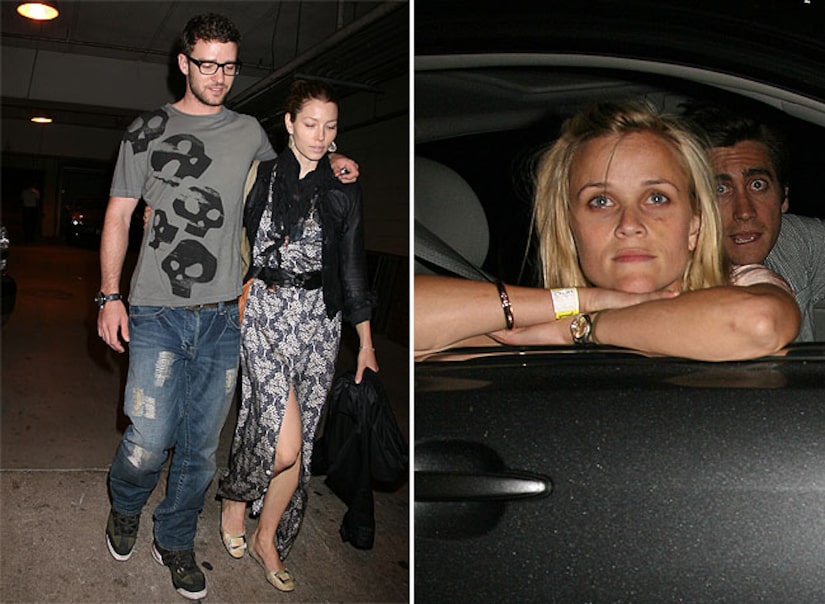 The couples were spotted separately at the concert featuring Ray LaMontagne, Jenny Lewis and Blitzen Trapper. JT and Jess were seen cozying up after the show, while Jake and Reese were snapped while leaving -- after chatting up performer Lewis.