Michael Jackson's ex-wife Debbie Rowe has been surrounded by paparazzi since Jackson's death -- and she's had enough! 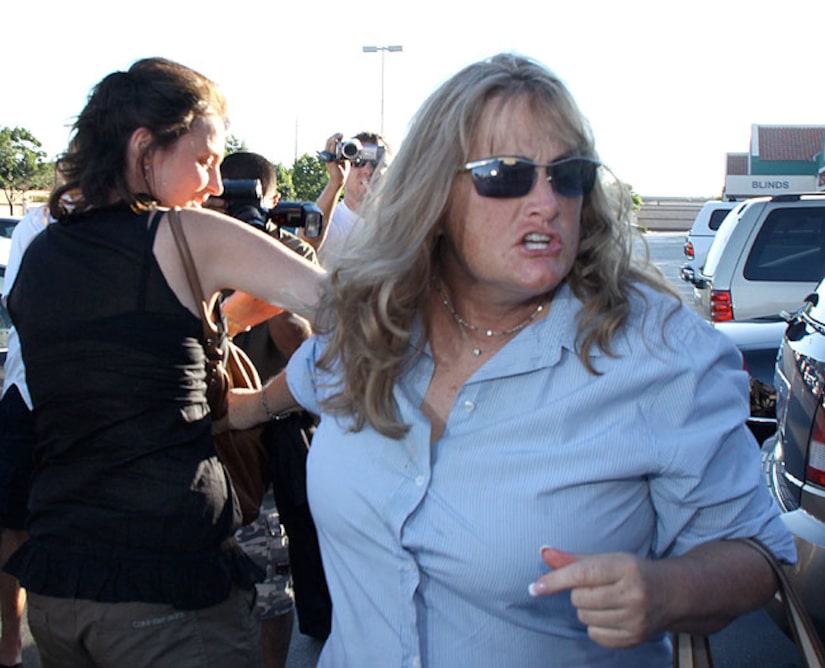 Rowe was swarmed by shutterbugs after dining at a Chinese restaurant near her home in Lancaster, California. Debbie lost it on the photographers, shouting, "Are you ready to get your butt kicked? Don't f***ing touch me!"

Rowe is reportedly still deciding on whether or not she'll fight Michael's mom, Katherine Jackson, for custody of her biological children, Prince Michael and Paris Michael Katherine.

A rep for Debbie tells "Extra" today that despite reports that suggest otherwise, Rowe will not attend the public memorial for Jackson tomorrow.

Click here for more images and video of Rowe's row with the paps, courtesy of X17online.com.