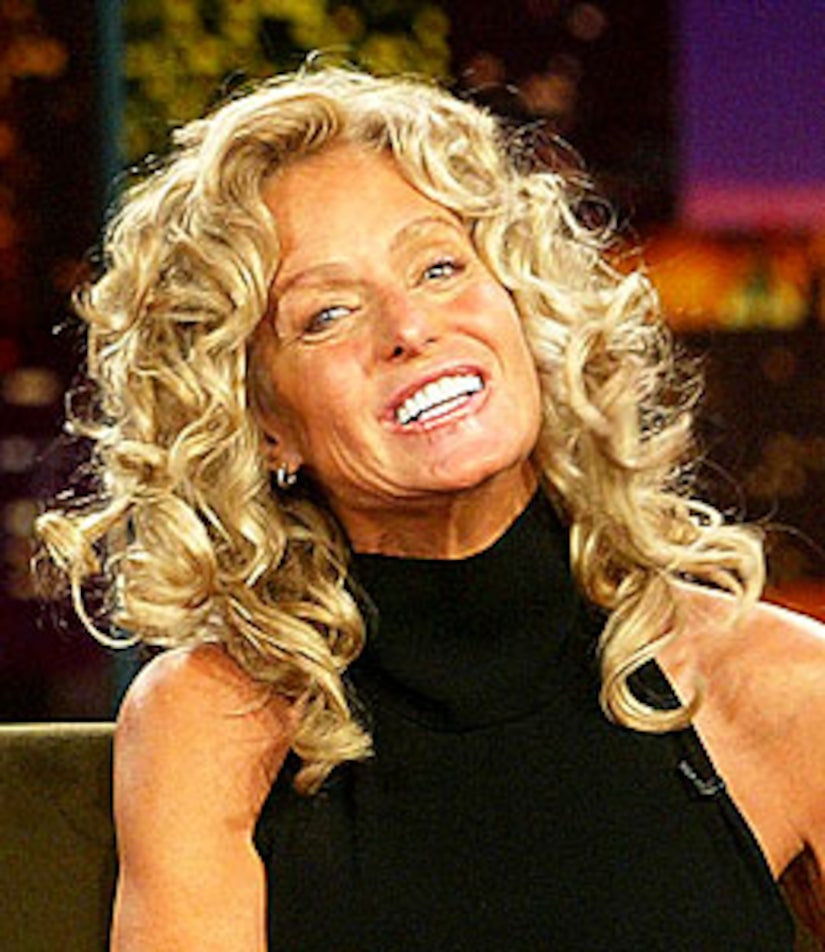 Jaclyn Smith and Kate Jackson, who co-starred with Farrah Fawcett in "Charlie's Angels," and Cheryl Ladd, who replaced Farrah on the show, have released statements regarding the actress' death this morning.

Jaclyn said, "Farrah had courage, she had strength, and she had faith. And now she has peace as she rests with the real angels."

"I will miss Farrah everyday. She was a selfless person who loved her family and friends with all her heart, and what a big heart it was," Kate said in a statement. "Farrah showed immense courage and grace throughout her illness and was an inspiration to those around her. When I think of Farrah I will remember her kindness, her cutting dry wit and of course her beautiful smile. Today when you think of Farrah remember her smiling because that is exactly how she wanted to be remembered...smiling."

"I'm terribly sad about Farrah's passing," Cheryl said. "She was incredibly brave, and God will be welcoming her with open arms."

John Forsythe, who voiced Charlie in "Charlie's Angels," released this statement regarding Fawcett: "Though I did not know her well, Farrah left an indelible mark on me and the public during her one year reign on "Charlie's Angels." She put up a gallant fight and I send my deepest sympathy and prayers to her family and friends."

Actor George Hamilton -- the ex-husband of Farrah's close friend Alana Stewart -- also released a statement to "Extra" regarding the "Angel's" death. It reads: "She was the strongest woman I ever met, who fought this battle for 3 years to the end. She never felt sorry for herself and was the sweetest and kindest lady. I will miss her enormously."