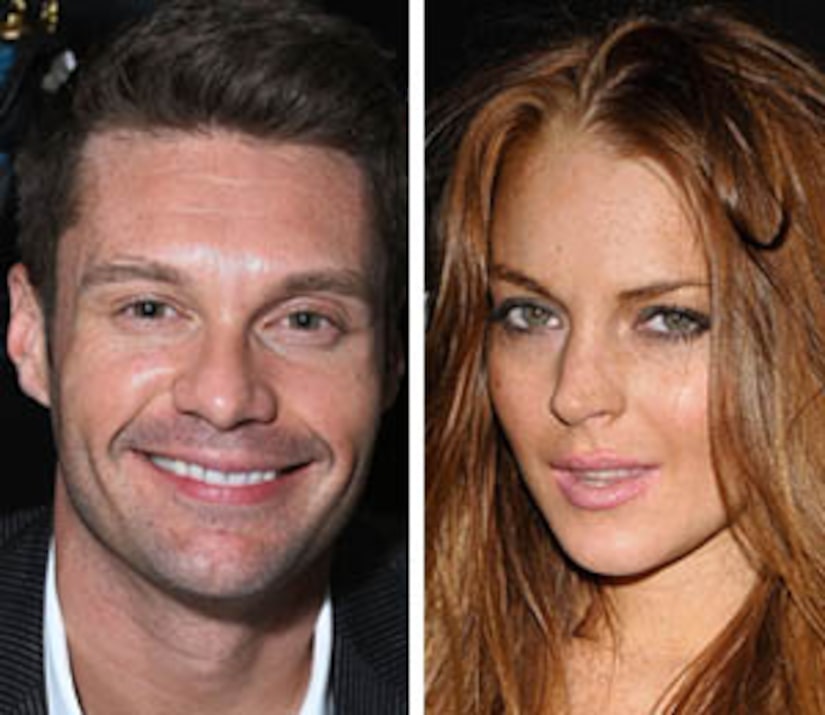 Lindsay Lohan met up with Ryan Seacrest at Hollywood hotspot H.Wood Thursday night to talk business -- and the possibility of creating a new reality show together!

Seacrest, who has produced hits such as "Keeping Up with the Kardashians" and "Bromance," wrote about his business meeting with LiLo on his Twitter. "Met with Lindsay last night about a show idea I have for her...it helps people and gives others a second shot! Still putting it all together," he wrote, as reported by Us Weekly.

The "Mean Girls" star seems excited at the prospect of teaming up with Ryan to help people get the second chance they deserve. "Working on a really great project for television -- I am excited!" she wrote on her Twitter page Friday. "Something meaningful like Extreme Home Makeover on ABC... :)"

Will Lindsay get the chance to help change the lives of others through this show with Seacrest? Stay tuned!