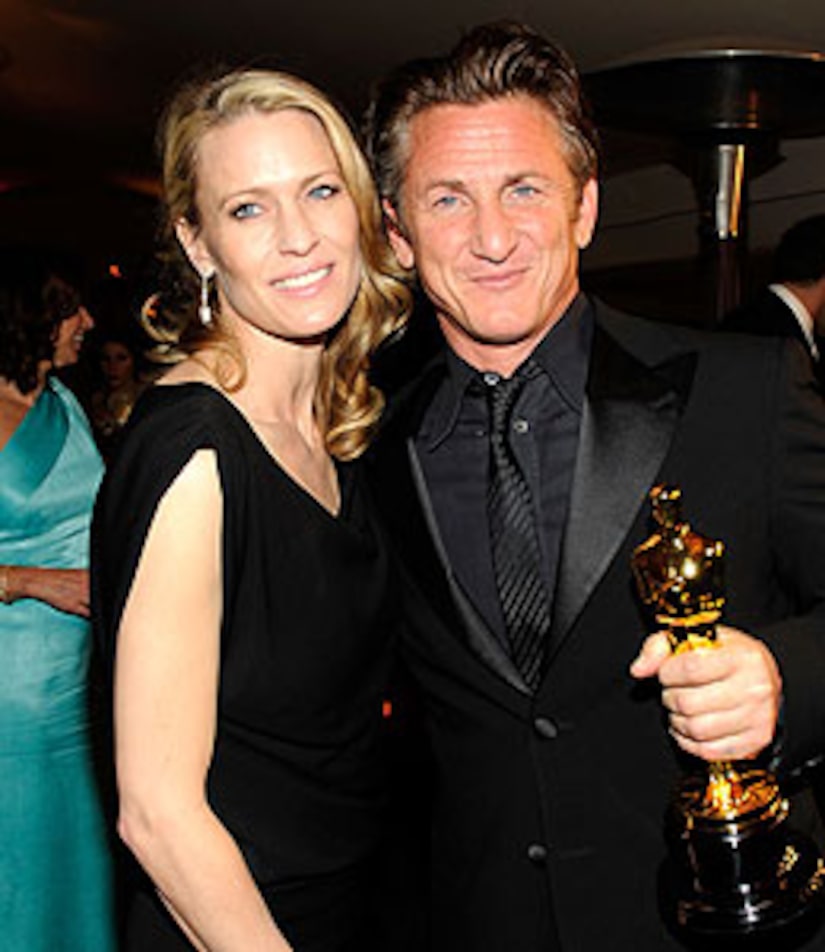 Sean Penn has pulled out of several film roles, including a planned stint as Larry Fine in "The Three Stooges." He's also dropped "Cartel" -- and word is he's putting work on the back burner to focus on his family.

Penn's rep, Mara Buxbaum, confirmed to the AP that the "Milk" man was dropping out of the films, but did not specify the reason. Buxbaum did reveal that if start dates for productions were postponed, Sean would remain involved with both films.

Penn's marital turmoil with wife Robin Wright Penn is no secret. Last month, Sean withdrew a petition to separate from his wife of 13 years. The couple also filed for divorce in December 2007, but dismissed that separation a few months later.

The couple walked the red carpet together at the Oscars earlier this year, where Penn won Best Actor for his role in "Milk." Sean and Robin have two teenaged children.