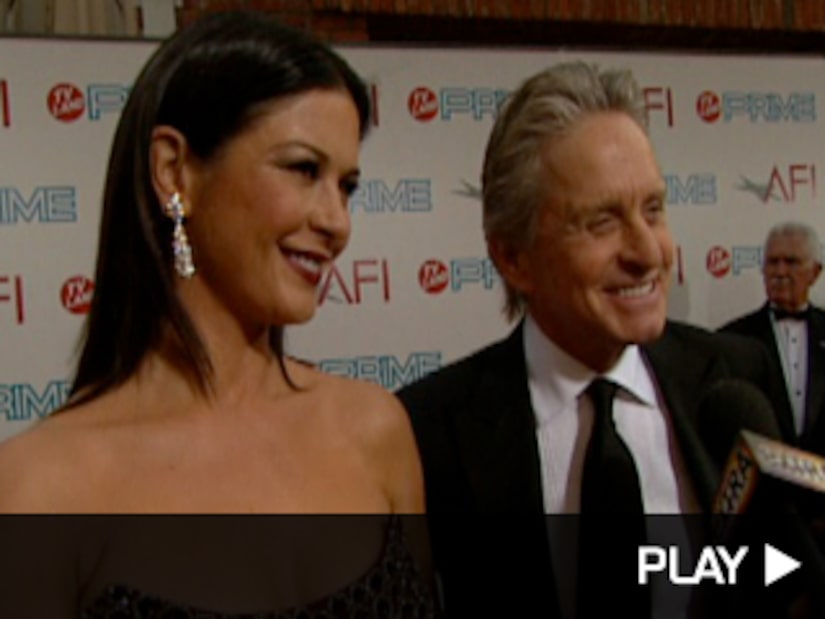 Douglas, who was honored by the American Film Institute last night in Beverly Hills, told us, "Oliver Stone, who directed the first one, is back. And he's sworn me, all of us, to secrecy." Douglas joked, "As a matter of fact, if you get to see the script before I do, let me know."

Douglas will return to the role that won him an Oscar -- as the ruthless Gordon Gekko -- and is set to star alongside Shia LeBeouf.