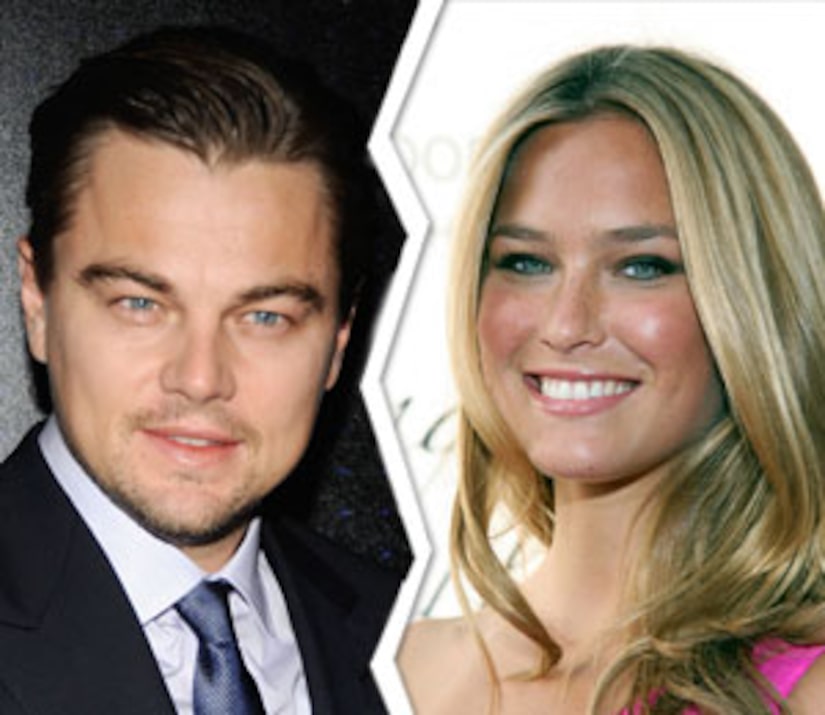 "They're taking time off for the time being, they've split," Leo's friend reveals to People magazine. "It could just end up as a break, but for now they're doing their own thing."

Bar attended the Young Hollywood Awards solo this weekend, and when "Extra" asked her about her relationship with the "Revolutionary Road" star, the Sports Illustrated cover girl replied, "I like to hear about other people's life -- I just don't like to give any information about mine." Check out Bar's full raw interview here.

As Refaeli strutted down the red carpet in Hollywood, Leo reportedly partied in NYC. "He was standing at the bar in front of everyone talking to a girl the entire night -- and it wasn't Bar," an club source dished to the mag. "It was in no way behavior for a guy who has a serious girlfriend."

A friend of the model claims that DiCaprio, 34, wasn't the ideal boyfriend for Refaeli, 23. "He didn't treat her very well, almost like a second-hand girlfriend."

Leonardo and Bar have dated on and off for three years.