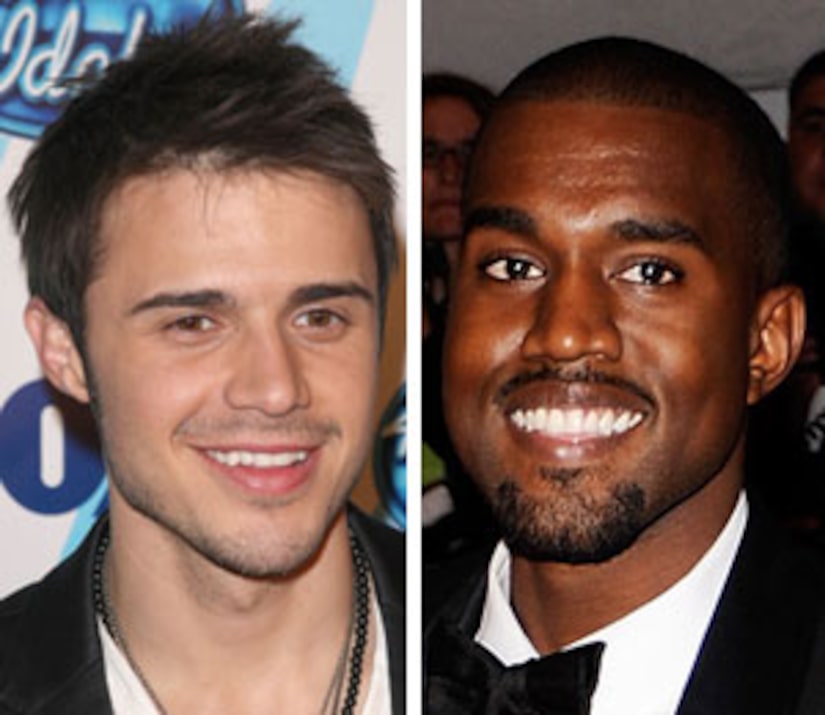 "American Idol" winner Kris Allen made his mark with an acoustic cover of Kanye West's hit "Heartless" -- and the Arkansas "Idol" says he wants to work with Kanye in the future!

West sent Allen a message via "Extra" saying, "Congratulations. Get ready for the big leagues."

The overnight heartthrob responded, "Thank you for writing the song. The whole CD is amazing. Hopefully, we can work together. That'd be great."

"Extra" caught up with Allen after his appearance on "Live with Regis and Kelly" and he admits he's still getting used to his newfound fame. Kris says, "A lot of friends and family I don't even know are calling... a lot of people coming out of the woodwork."

Kris tells "Extra" he's getting ready to begin writing songs and figuring out what will be on his debut album. The 23-year-old is also rehearsing for the "American Idol" tour.