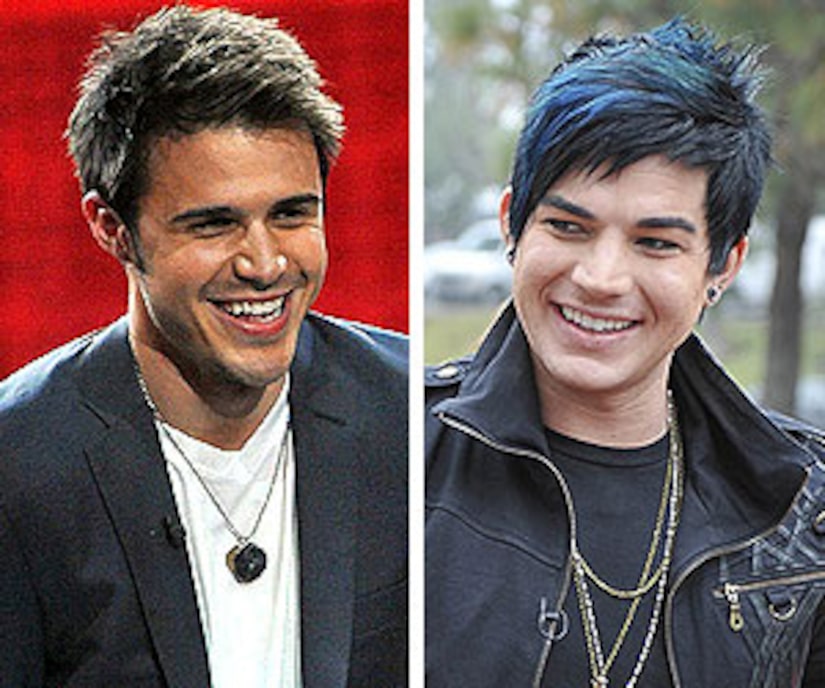 Kris Allen and Adam Lambert are the only two "American Idol" hopefuls left singing -- and last night, the two men battled it out onstage, offering the judges and America three songs.

Allen, considered the underdog next to showstopper Lambert, held his own in the first round, in which the contestants chose their musical numbers. Adam, 27, reprised his performance of "Mad World" from earlier in the competition, while Kris, 23, played piano and sang "Ain't No Sunshine" by Bill Withers. Judge Simon gave the first round to Allen, and admitted to doubting him earlier in the competition. "When your name was announced last week, I wasn't sure whether America had made the right choice, but I absolutely take that back now."

In round two, Adam proved once again he was a musical force to be reckoned with, singing "A Change is Gonna Come," and receiving universal praise from the judging panel. Allen faltered in his rendition of Marvin Gaye's "What's Going On," for which the judges were split. Cowell declared the winner of the second round as "a million percent Adam."

For round three, both Kris and Adam sang an original song called "No Boundaries," which was written by judge Kara DioGuardi. Kara said that she hoped Allen wouldn't be judged on her song, since the pitch was too high for his vocal range. Simon once again showered Lambert with praise, saying "The whole idea about doing a show like this is that you hope you can find a worldwide star -- I genuinely believe with all my heart that we have found that with you."

Who will be crowned the champ of "American Idol," and who will be sent packing? Find out when the finals extravaganza airs tonight on FOX.