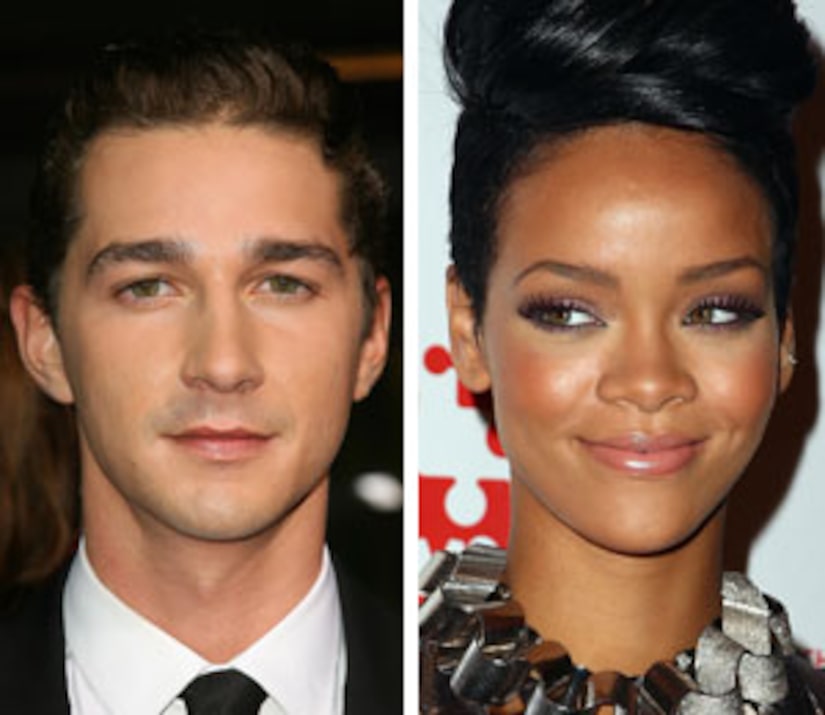 Rising star Shia LaBeouf confirmed that he once dated pop star Rihanna, but insists the relationship never went beyond the first date!

Nearly two years after rumors circulated about the pair's alleged romance, Shia confessed to Playboy that he met up with the "Umbrella" singer while filming "Indiana Jones and the Kingdom of the Crystal Skull," but there was no chemistry.

In the June issue of Playboy, LaBeouf reveals how Rihanna contacted him. "I was filming a sword fight when I got the message. I said, 'Can this be my life?'" The two decided to meet up. "It never got beyond one date," he says. "The spark wasn't there. We weren't passionate about each other in that way, so we remain friends."