It's movie night for the "New Moon" cast! Kristen Stewart, Anna Kendrick and Taylor Lautner were spotted filming scenes for the vampire flick at a Canadian movie theatre. 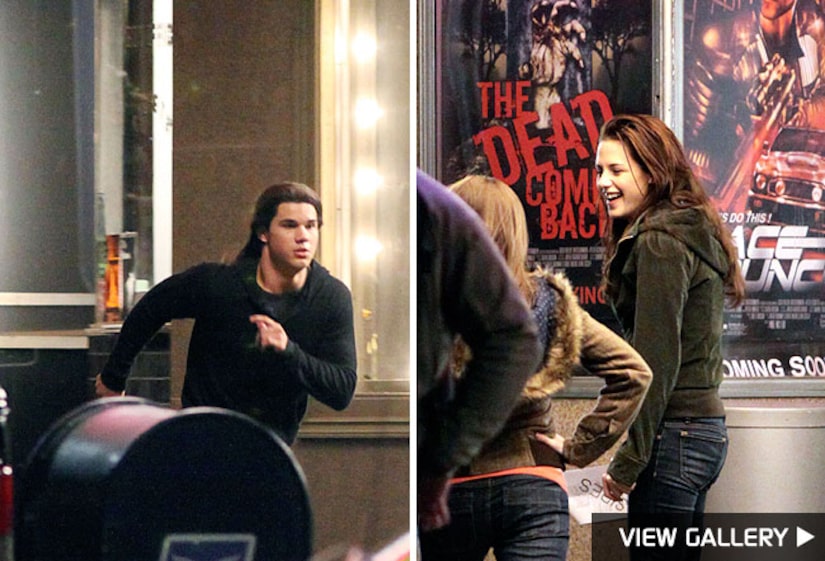 Tiny starlet Dakota Fanning, who will play vampire Jane in "New Moon," was seen today in Vancouver, where the actress will start filming her scenes.